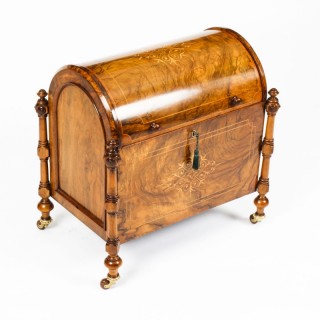 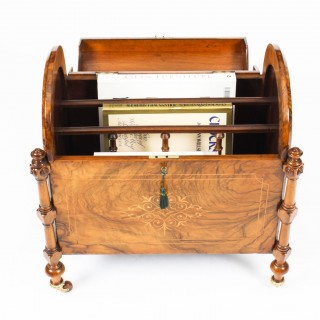 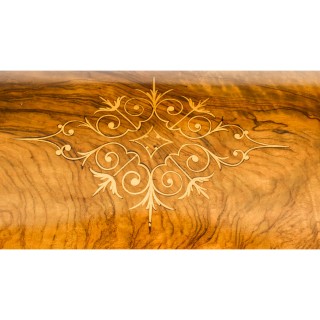 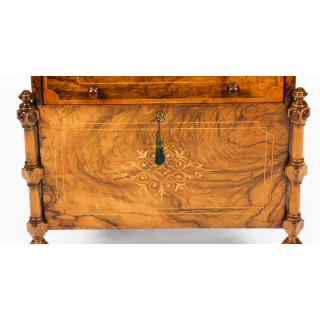 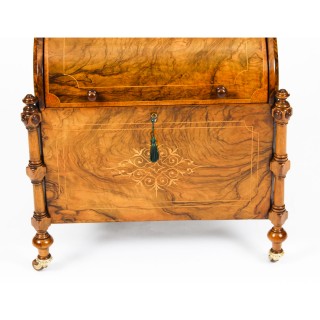 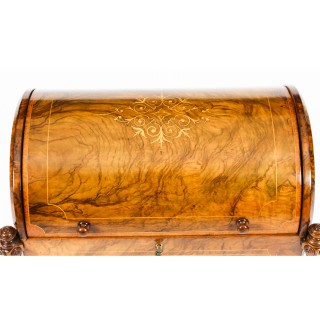 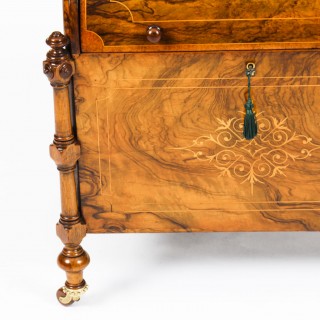 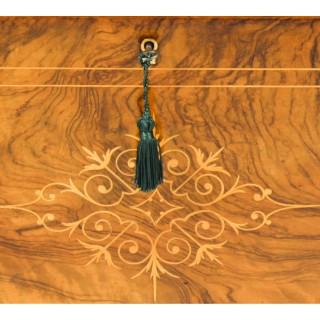 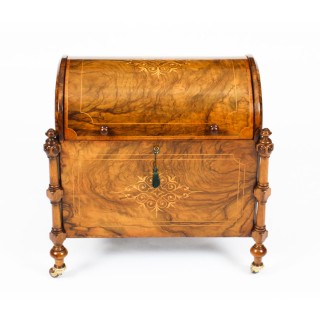 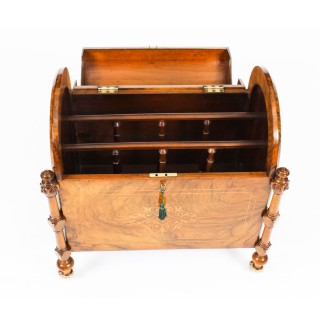 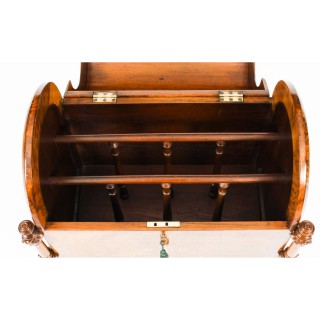 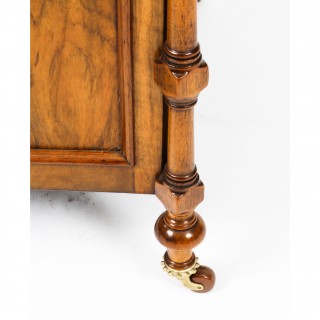 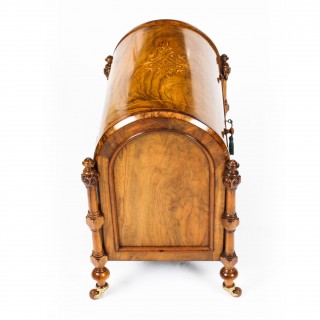 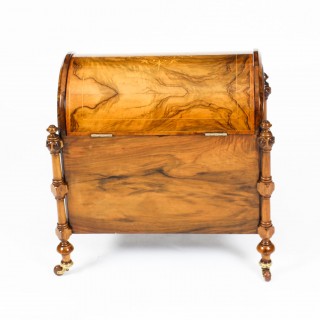 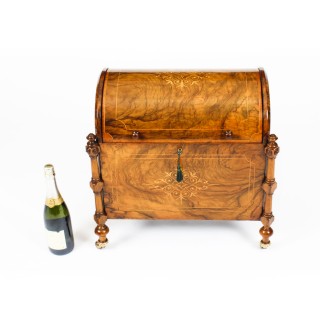 This is a gorgeous antique Victorian burr walnut and marquetry inlaid dome top Canterbury circa 1870 in date.

The grain of the burr walnut and the inlaid marquetry are truly beautiful.

It features a hinged dome top opening to a spindle turned divided interior, the top and sides with beautiful boxwood marquetry panels and it sits on turned supports fitted with the original brass and brown porcelain castors.

Antique Canterburies are extremely sought after and this item would be cherished by any collector of antiques as it has beautiful inlaid marquetry decoration. Used to store sheet music in Victorian times, it could also be used to store magazines.