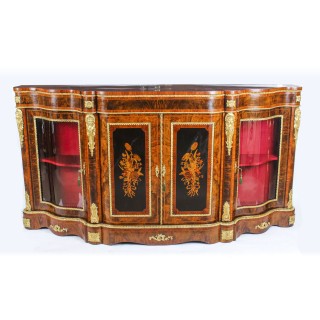 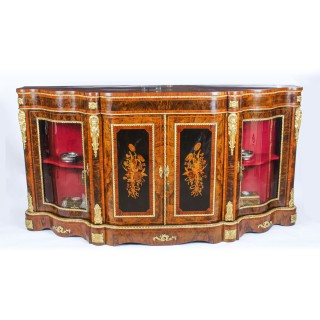 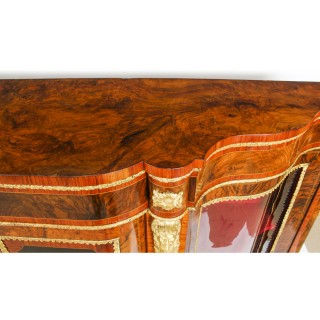 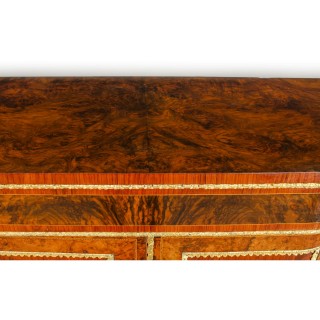 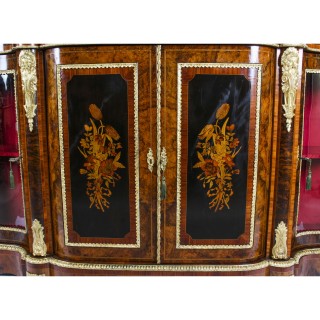 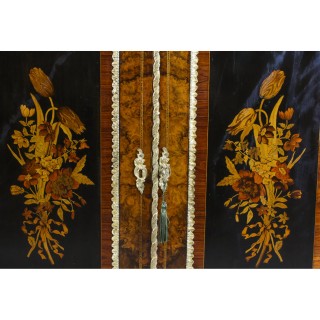 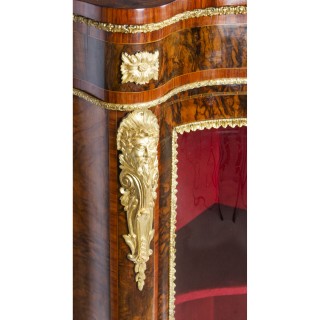 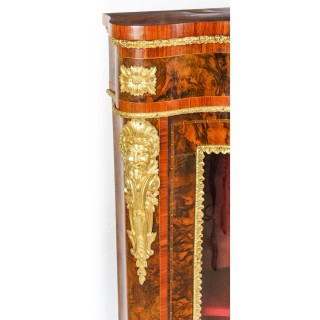 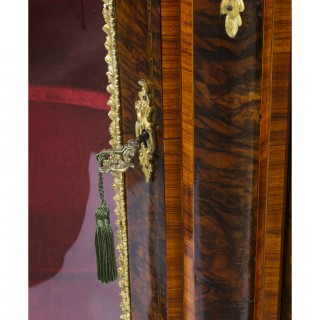 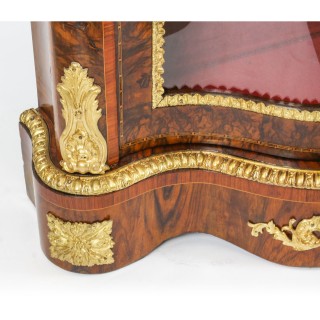 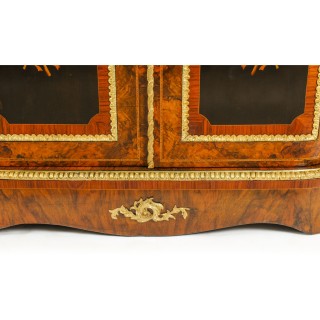 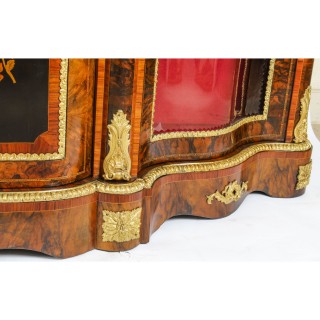 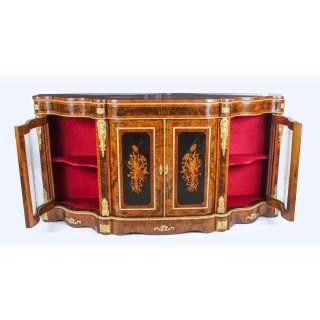 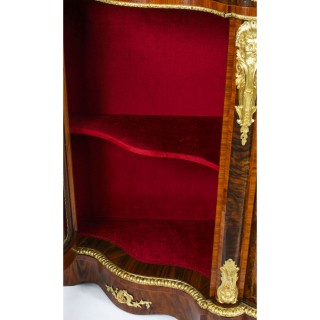 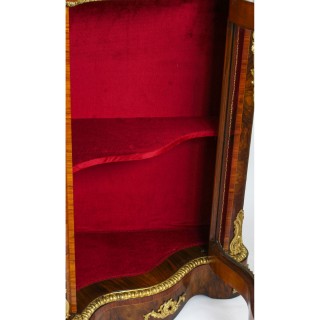 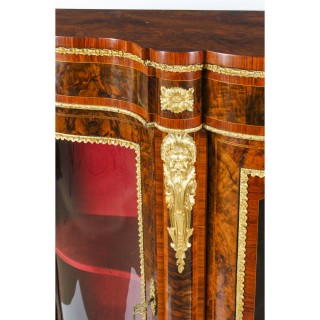 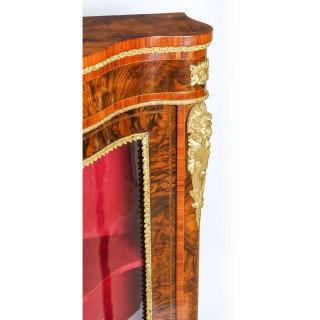 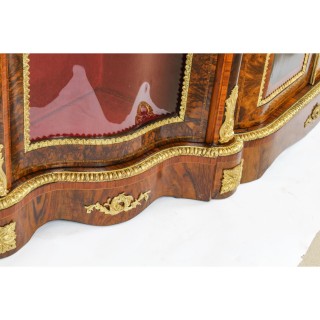 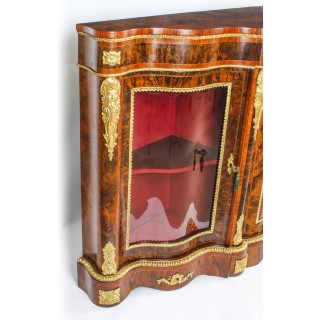 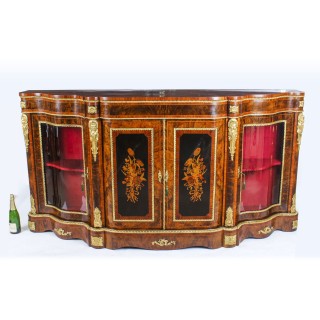 This is a superb antique Victorian ormolu mounted burr walnut and kingwood floral marquetry inlaid credenza, circa 1860 in date.

Oozing sophistication and charm, this credenza is the absolute epitome of Victorian high society.

The entire piece highlights the unique and truly exceptional pattern of the book matched burr walnut veneers, and it has been enriched by the beautiful boxwood line inlay, kingwood crossbanding and floral marquetry decoration.

This credenza is serpentine fronted with elegant serpentine glazed doors on either side. It has a pair of ebonised panelled doors in the centre and each is decorated with ribbon tied colourful leafy marquetry floral bouquets.

The central doors open to reveal a claret velvet lined interior with plenty of storage space for drinks, glasses, crockery, etc. They are flanked by kigwood crossbanded burr walnut half columns topped with elegant ormolu mounts.

Its attention to detail and lavish decoration are certain to draw the eye wherever you choose to place it in your home.

Condition:
In excellent condition having been beautifully cleaned, polished and waxed and the inteior relined in claret velvet, in our workshops, please see photos for confirmation.

‘Burr Walnut’ refers to the swirling figure present in nearly all walnut when cut and polished, and especially in the wood taken from the base of the tree where it joins the roots. However the true burr is a rare growth on the tree where hundreds of tiny branches have started to grow. Burr walnut produce some of the most complex and beautiful figuring you can find.