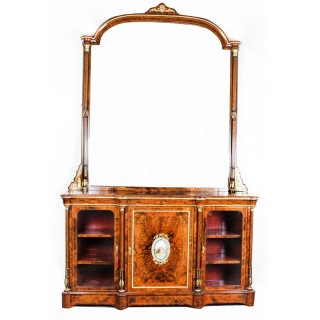 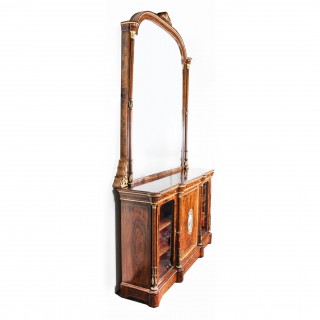 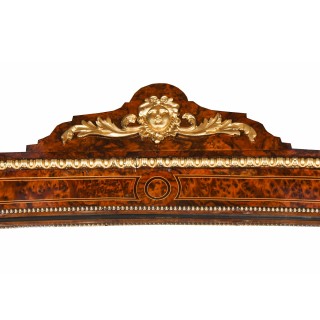 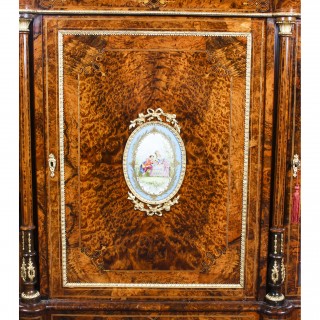 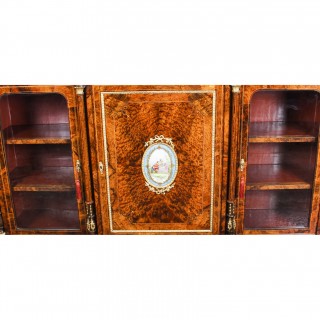 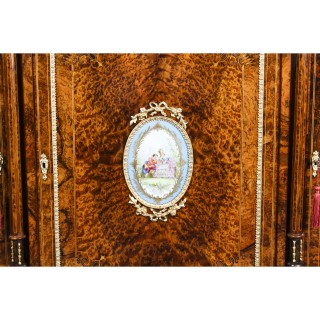 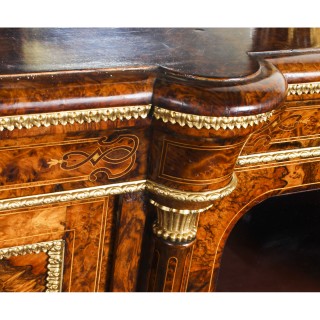 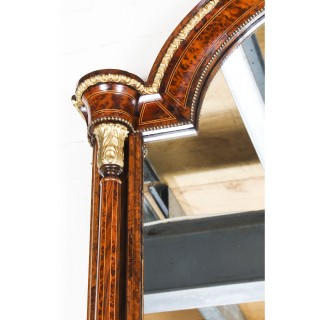 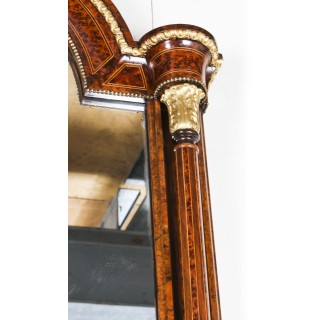 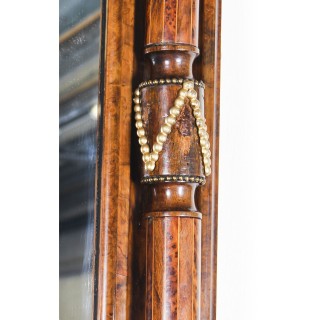 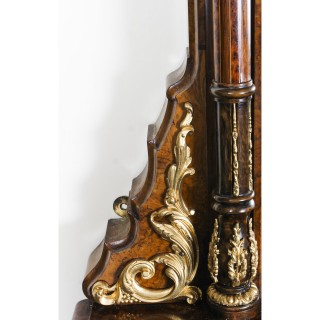 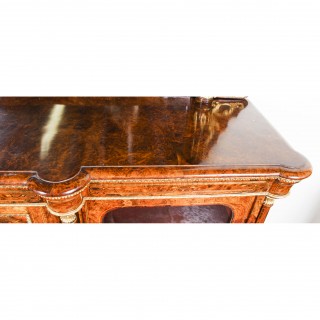 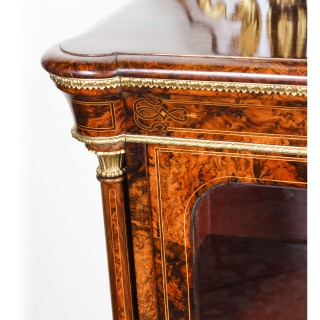 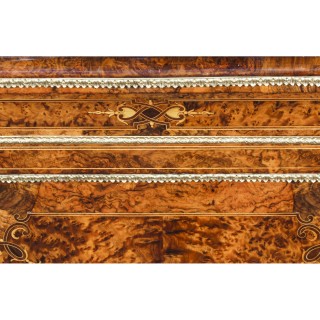 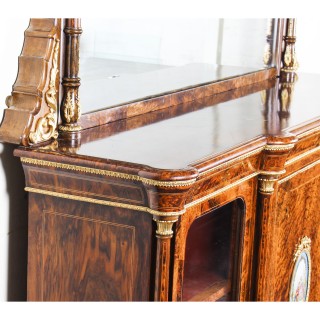 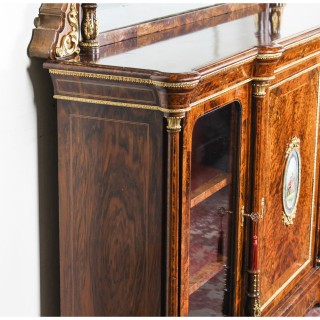 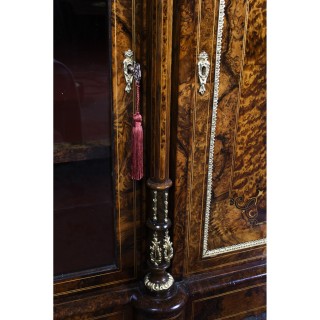 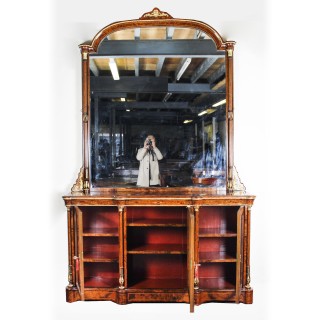 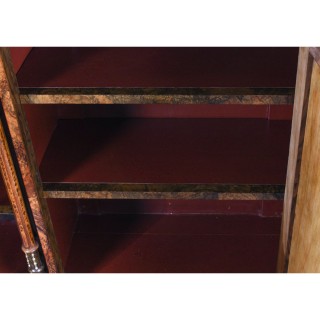 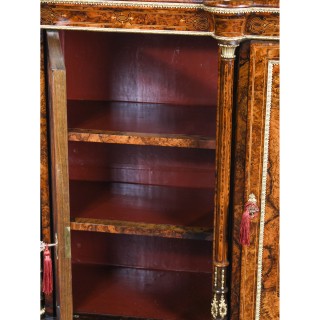 This is a monumental fine and rare antique Victorian burr walnut and amboyna, Sevres porcelain and ormolu mounted breakfront mirror backed credenza, Circa 1860 in date.

The credenza with boxwood line inlaid decoration, amboyna panels, striking ormolu mounts and raised on a plinth base. Amazingly the interior of the credenza is lined with the original sumptuous burgundy leather. The large mirror back features a gilt mask on top and th mirror is framed by a pair of Corinthian Columns with beaded egg and dart moulding, the out-set corners are decorated with acanthus leaves.

This is a stunning piece which is sure to attract a lot of attention wheever placed.

Condition:
In excellent condition having been beautifully cleaned, polished and waxed, and the interior relined, in our workshops, please see photos for confirmation.

Amboyna
is a type of wood which has its origins in Indonesia (the preferred veneer comes particularly from the Andaman Islands). The grain texture is one of the most seldom and exclusive on earth.

The burls are often very small, which is why the sheets of veneer come in small dimensions. The colours range from deep yellowish-orange to dark red.
After finishing the surface, the grain texture of amboyna wood has a depth and richness unmatched in other textured woods.

Sevres Porcelain traces its roots in France to early craftsmen who had small manufacturing operations in such places as Lille, Rouen. St. Cloud, and most notably Chantilly. It is from Chantilly that a cadre of workers migrated to the Chateau de Vincennes near Paris to form a larger porcelain manufactory in 1738. French King Louis XV, perhaps inspired by his rumoured relationship with mistress Madame de Pompadour, took an intense interest in porcelain and moved the operation in 1756 to even larger quarters in the Paris suburb of Sevres. Sevres was also conveniently near the home of Madame de Pompadour and the King’s own Palace at Versailles.

The Sevres Porcelain manufactory always seemed to be in dire financial straits despite the incredibly fine works it produced. In fact, the king’s insistence that only the finest items be created may have contributed to the difficulties. Only a limited number of European nobility could afford the extravagant prices demanded for such works. King Louis XV and eventually his heir, the ill-fated Louis XVI, were obliged to invest heavily in the enterprise. Ultimately, the Sevres Porcelain Factory produced items under the name of “Royal” and thus the well-known Sevres mark was born. King Louis XV even mandated laws that severely restricted other porcelain production in France so as to retain a near monopoly for his Sevres Porcelain. The king even willingly became chief salesman for the finest of his products, hosting an annual New Year’s Day showing for French nobility in his private quarters at Versailles. He eagerly circulated among potential buyers, pitching the merits of ownership and policing the occasional light-fingered guest.

Sevres Porcelain may have indeed given the makers of Meissen and Dresden a run for their money by the end of the 18th Century but for the French Revolution. By 1800, the Sevres Porcelain Works were practically out of business due to the economic devastation of the new French Republic.