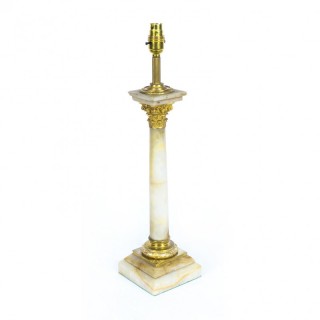 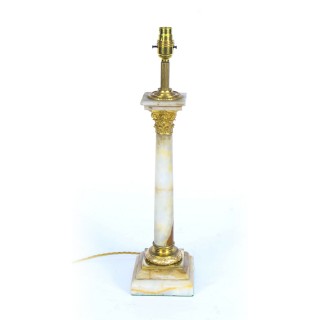 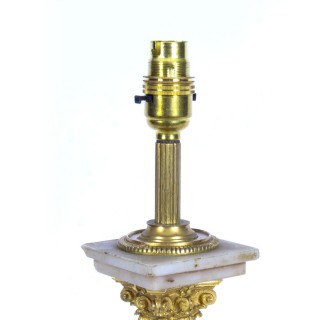 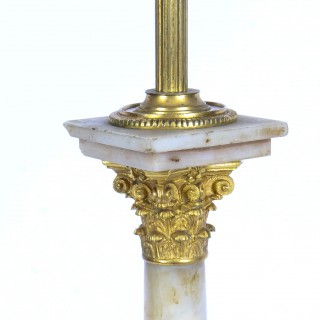 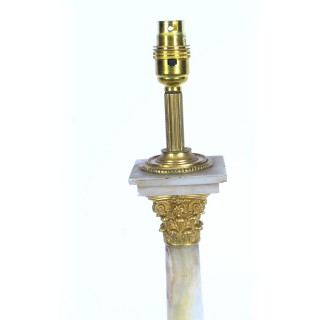 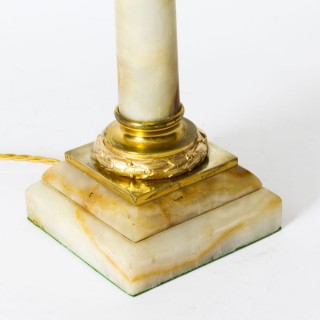 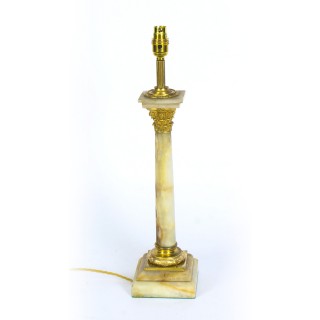 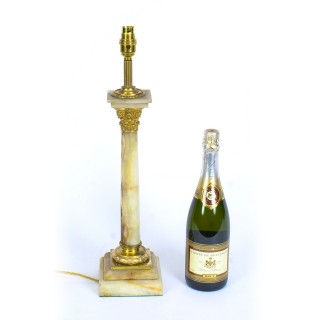 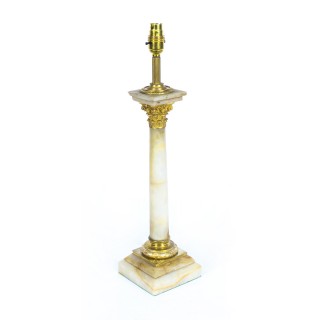 It stands on a large stepped square base, which features ormolu laurel wreath decoration.

Add an element of Greek Classical style to your home with this exquisite antique table lamp.