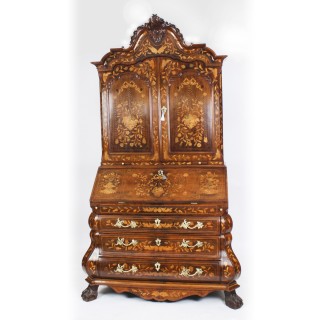 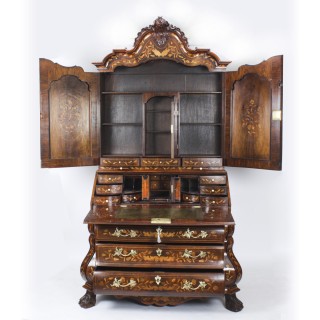 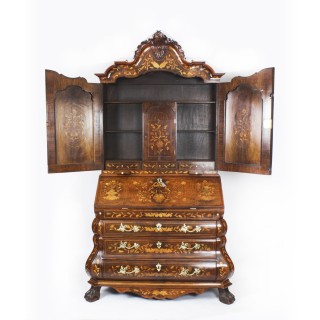 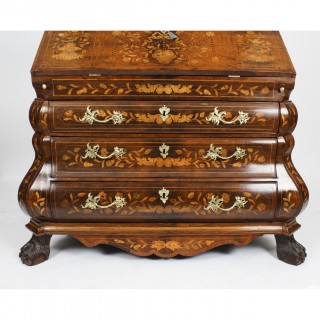 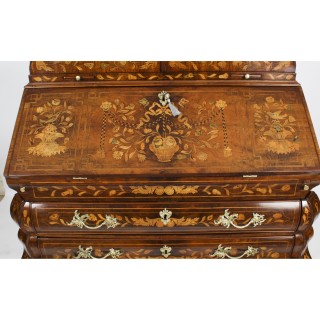 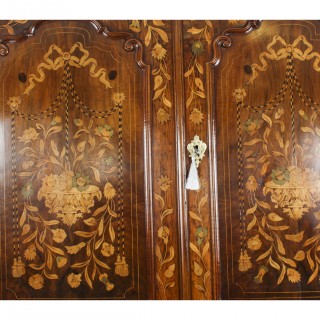 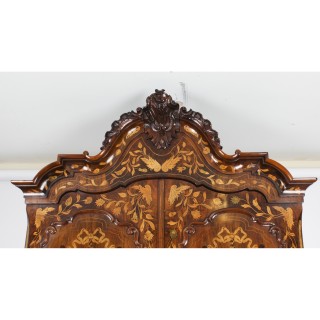 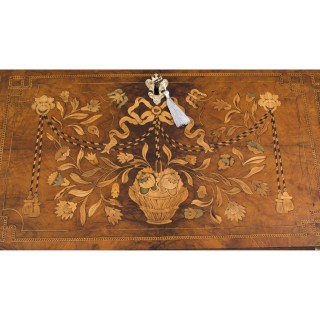 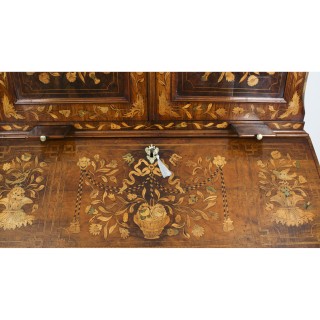 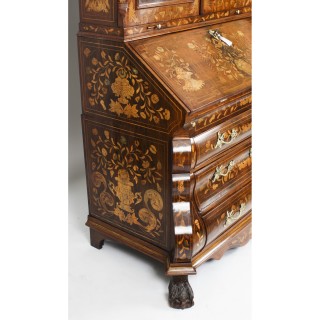 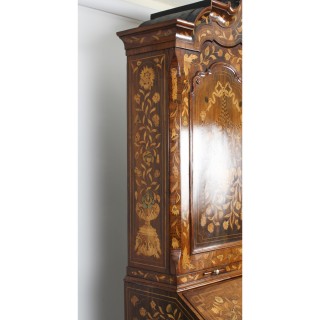 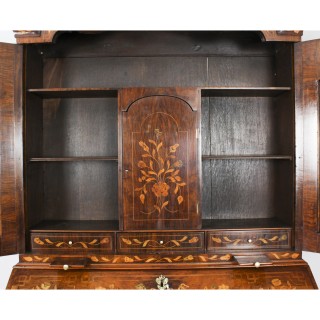 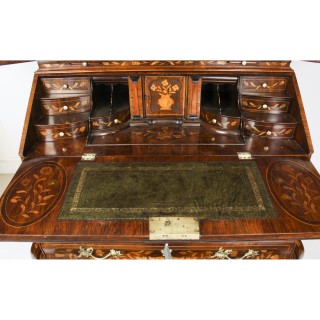 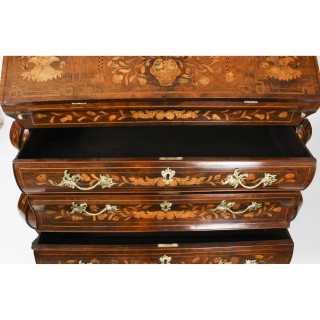 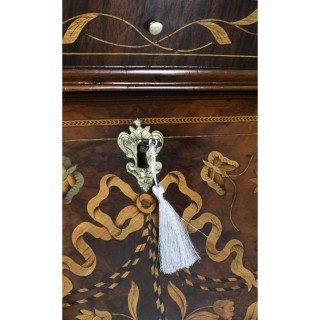 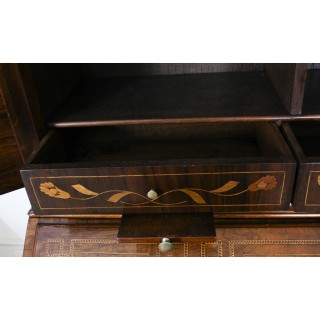 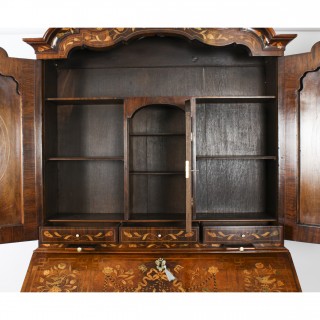 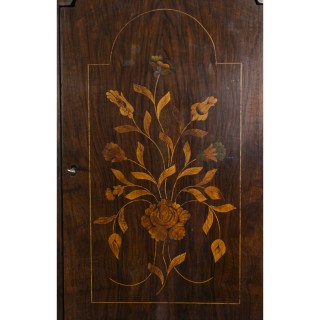 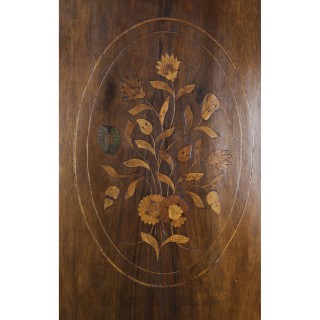 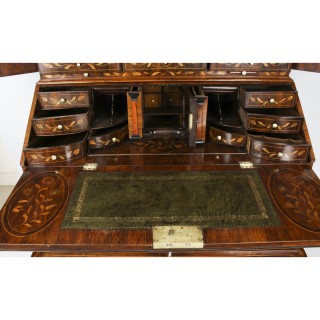 This is an important antique Dutch walnut and marquetry bureau bookcase, circa 1780 in date.

It has been made from the finest burr walnut with fabulous marquetry decoration depicting vases of flowers, exotic birds, ribbons, floral bouquets and garlands.

It has a carved, arch centred pediment with leafy cresting, above a pair of marquetry panelled doors that open to reveal an interior with a central breakarched door that opens to a cupboard with two shelves. The cupboard is flanked by shelves with further shelves above and a pair of candle slides below.

The shaped bureau fall opens to reveal a central cupboard flanked by small drawers, pigeon holes and secret compartments. The fall is fitted with an inset green leather and gold tooled writing surface.

The bombe’ serpentine base has three capacious full width drawers above an elegant shaped apron.

It is a decorative and stunning piece which will look amazing anywhere placed.

Techniques of wood marquetry were developed in Antwerp and other Flemish centers of luxury cabinet-making during the early 16th century. The craft was imported full-blown to France after the mid-seventeenth century, to create furniture of unprecedented luxury being made at the royal manufactory of the Gobelins, charged with providing furnishings to decorate Versailles and the other royal residences of Louis XIV. Early masters of French marquetry were the Fleming Pierre Golle and his son-in-law, André-Charles Boulle, who founded a dynasty of royal and Parisian cabinet-makers (ébénistes) and gave his name to a technique of marquetry employing shell and brass with pewter in arabesque or intricately foliate designs.
Walnut

The Walnut woods are probably the most recognisable and popular of all the exotic woods, having been used in furniture making for many centuries. Walnut veneer was highly priced and the cost would reflect the ‘fanciness’ of the veneer – the more decorative, then the more expensive and desirable.