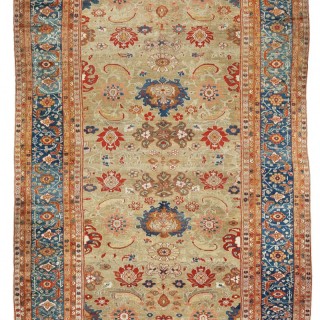 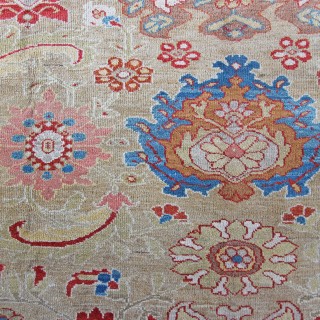 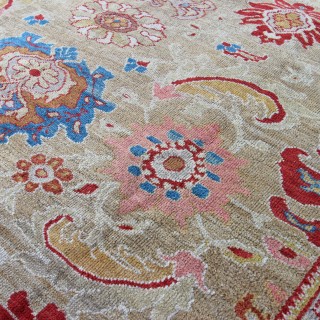 A simply beautiful antique Ziegler carpet with a subtle main field and a soft pale blue border. Ziegler carpets of this quality rarely come to market, especially in this large size and in outstanding original condition.

Ziegler rugs developed an almost immediate following, especially among early collectors included the Guinness family, who laid them in Elveden Hall, their Suffolk estate. Ziegler carpets are one of the only types of Persian carpet which were influenced by western designs and have become one of the most sought after types of carpet.

In excellent original condition all over. The carpet has a high wool pile and beautiful natural dyes.