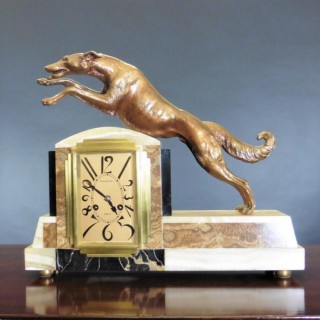 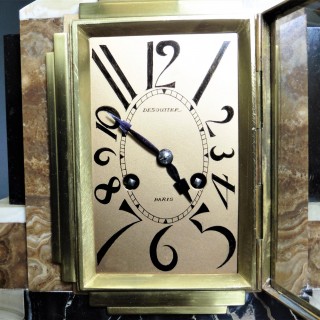 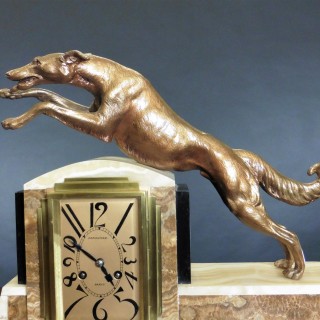 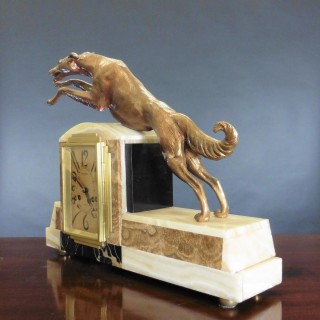 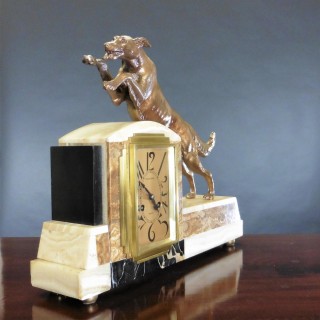 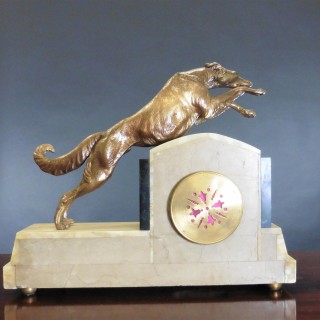 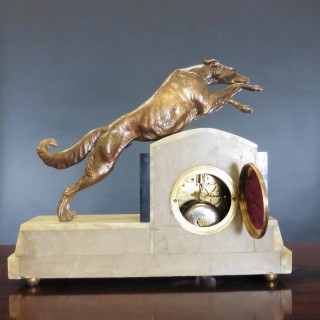 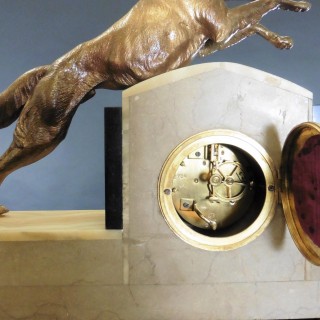 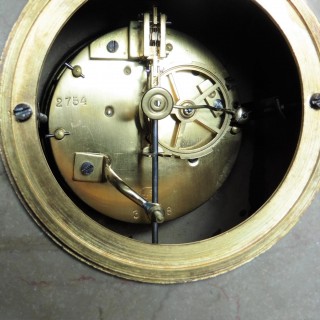 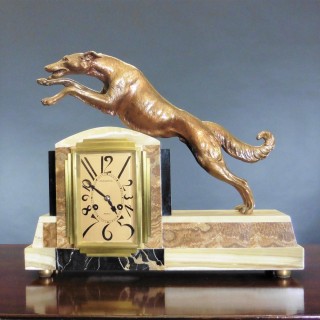 A gilded dog is leaping over the clock. Gilded dial with ‘Deco’ numerals and original ‘Deco’ hands signed ‘Desoutter, Paris’.

‘Watchmakers and clockmakers of the world’ by Brian Loomes lists Joseph Soldano & Fils as working in London from 1863 onwards, they also had premises in both Paris and Geneva from as early as 1855.