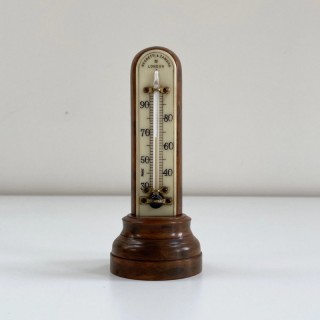 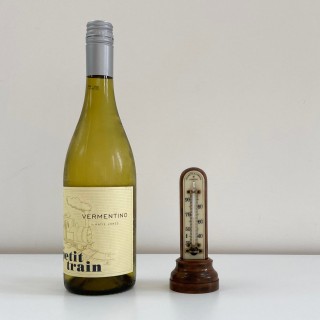 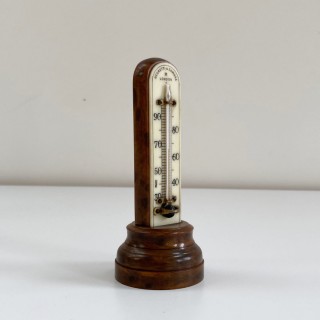 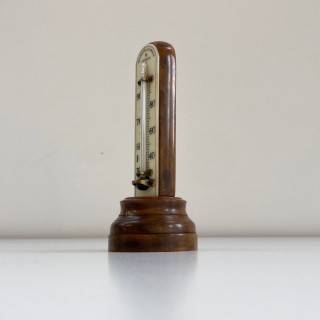 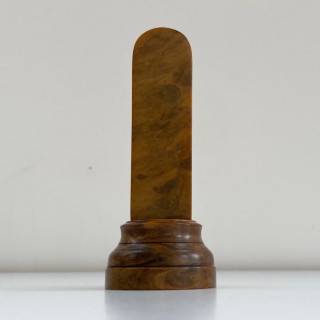 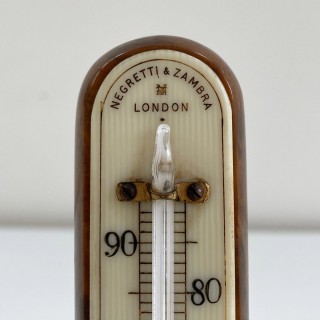 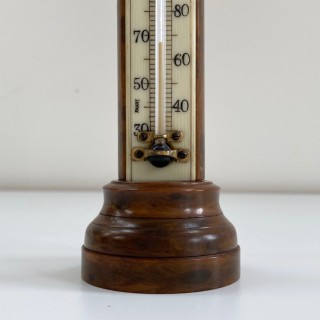 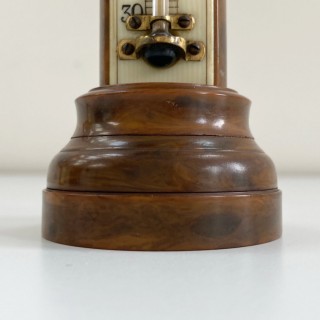 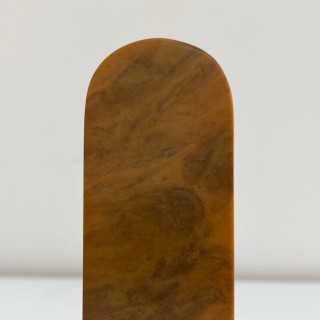 The base is constructed of a graduating and turned Bakelite discs with a Bakelite column which has an ivorine engraved scale plate affixed to the front. The plate shows Fahrenheit readings from 30 to 90 degrees, the maker’s name, “Negretti & Zambra, London” and company logo engraved to the top. The yellow spirit thermometer is secured to the plate by two brass clasps with a larger clip surrounding the thermometer bulb for protection.

Bakelite was developed in 1907 by the Belgian-American chemist, Leo Baekeland in New York. It gained monumental popularity in the early part of the Twentieth Century and Negretti & Zambra were quick to take advantage of the new material. Most of the examples of the company’s desk thermometers seen today are of wood but the company clearly saw an opportunity to make ‘fashionable’ household scientific pieces for their retail stores. This is an unusually small and stylish version of their standard measuring just 14 cm in height.

Negretti & Zambra were a leading name in the production of meteorological and scientific instruments and have a company history dating back to 1850. Throughout their long and esteemed history they exhibited at British industrial fairs throughout and became makers to both Queen Victoria and Edward VII. Owing to changes in the business, the firm ceased the public retailing of scientific instruments sometime around the late 1960’s and continued with a focus on the aviation industry in numerous guises until its eventual liquidation in the year 2000. A sad end to a hundred and fifty years of quality manufacturing.