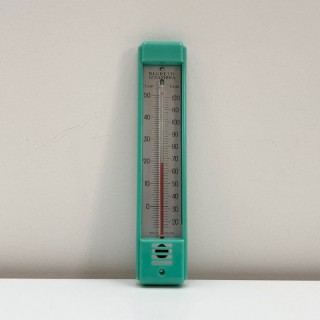 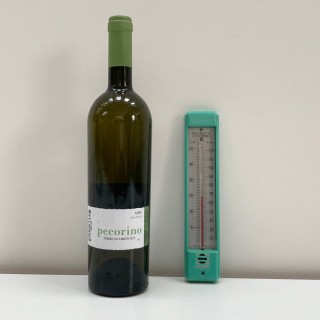 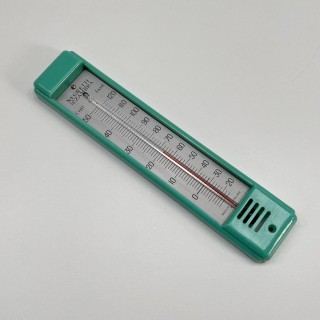 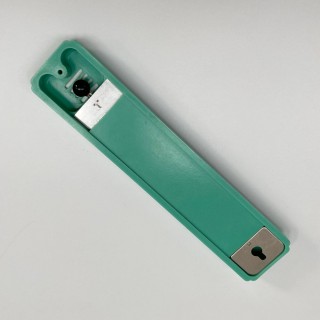 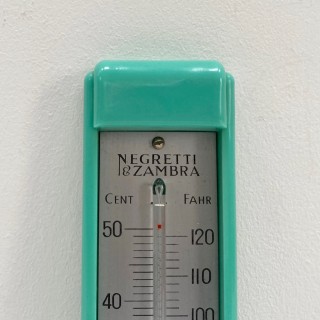 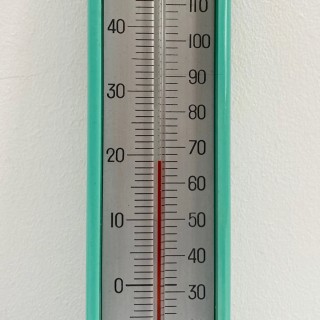 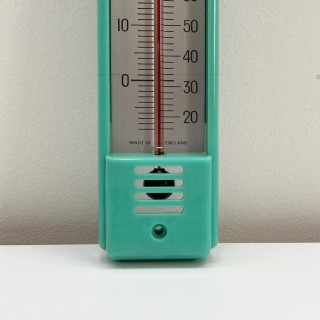 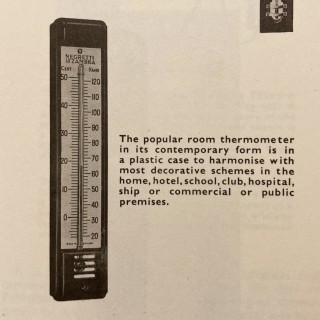 Comprised of a turquoise Bakelite frame with graduated Art Deco style pediment and base with rounded edges and with linear holes cut through the base in order to expose the thermometer bulb to air flow.

The frame holds a silvered and engraved scale measuring for both Fahrenheit and Centigrade readings via a red spirit thermometer to the centre. The maker’s name of Negretti & Zambra is engraved at the crest with made in England at the base.

A stylish wall thermometer measuring 22cms in height and 4.5 in width, the company’s 1950’s publications advertised them as:

“The popular room thermometer in its contemporary form is in a plastic case to harmonise with most decorative schemes in the home, hotel, school, club, hospital, ship or commercial or public premises.”

It seems that there is not a place in the world where this super little thermometer would not feel at home! Whatever you thoughts on the entire list, the example does indeed have a contemporary feel and was certainly one of the more design led pieces that Negretti produced in their latter years of public retailing. A great looking piece.