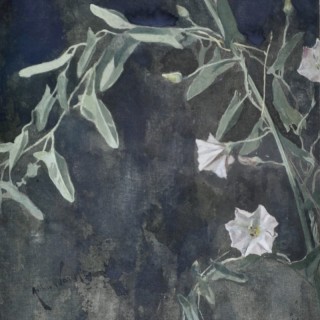 Signed
Watercolour and bodycolour on linen