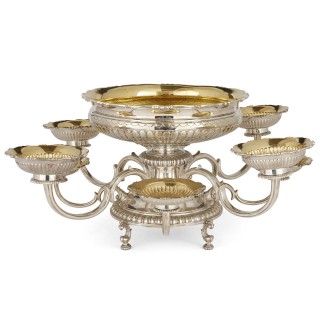 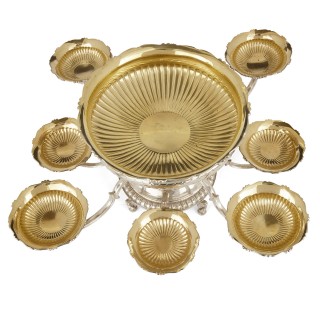 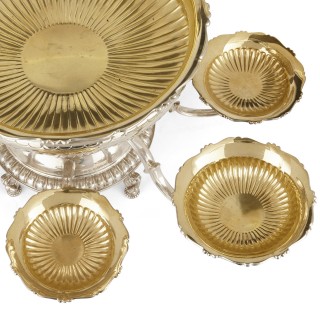 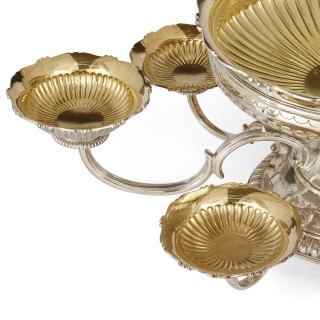 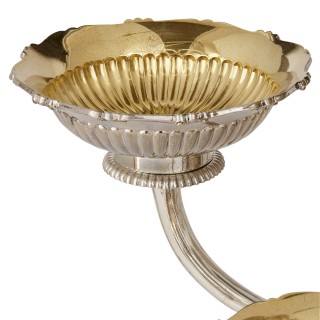 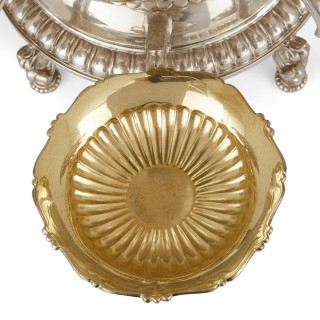 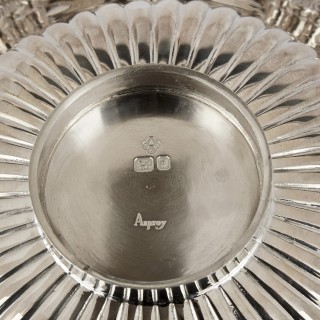 This sterling silver and gilt epergne centrepiece was crafted by luxury makers Asprey, which was founded in late 18th century London. It has since become world famous for its silverwares and jewellery, supplying royalty around the world with luxury items.

The centrepiece features a large central dish with six smaller bowls, each of which are supported by scrolled brackets. Each bowl has a gilt interior, rolled lip and gadroon mouldings. The piece sits on four scrolled feet.

Marked ‘A’ and signed ‘Asprey’ for the company, the silver also features a sterling silver mark and a leopard’s head, indicating that it was made in the London assay office.