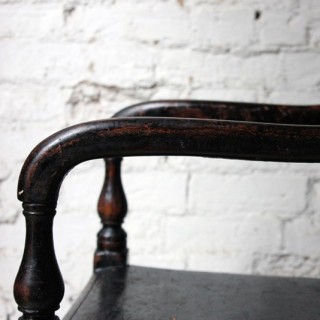 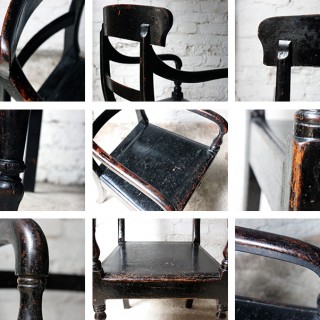 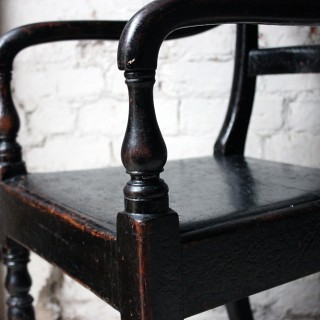 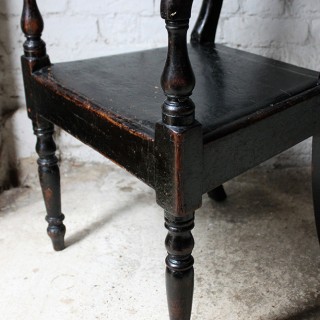 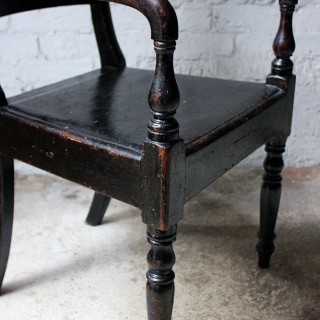 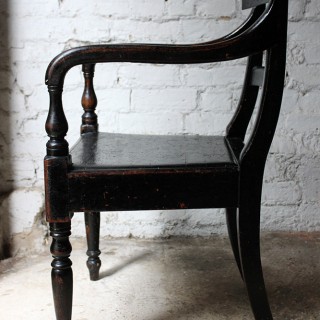 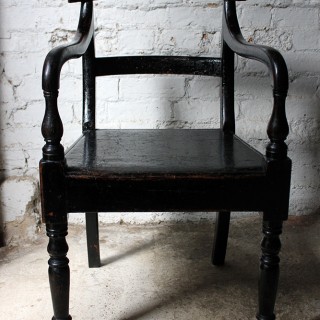 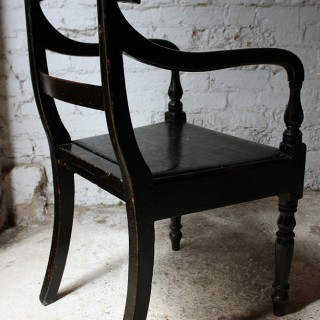 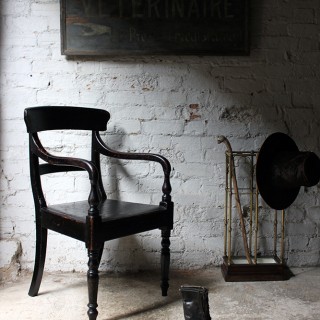 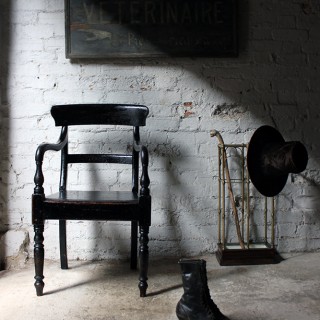 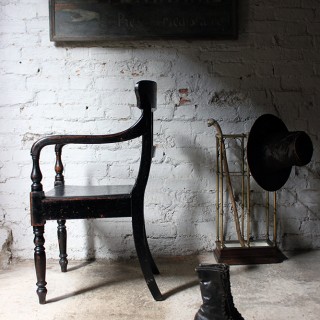 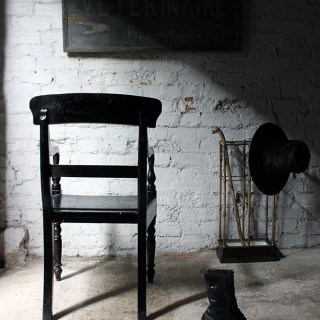 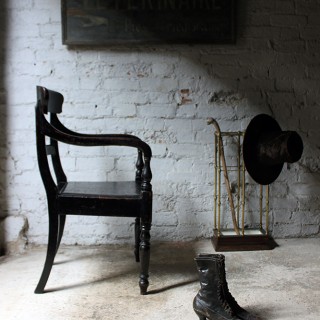 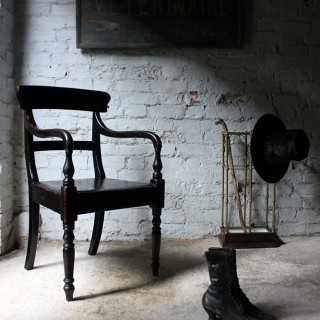 The handsome Regency black painted beech framed open armchair or carver chair of superb colour having a bar back to undulating curved and turned baluster open arms, the plank seat also showing an exceptional patination, the whole on turned front legs to rear sabres, surviving from the first quarter of nineteenth century England.

The influences on Regency design and taste were legion; from Sheraton’s neoclassicism, Henry Holland’s Anglo-French taste, the Greek revival of Thomas Hope, and the Chinoiserie favoured by the Prince Regent, to an interest in the Gothic, Old English and rustic. The Regency attitude to interior decoration often involved treating each room as a unit with individual furnishings and wall decorations in harmony of theme or colour scheme.

The family that owned this piece of furniture originally would have had it painted with the idea of it simulating an ebonised piece and thus make them appear wealthier. Ironic now that currently you could argue that this type of surface is more prized commercially than, for instance, a mahogany chair of this period.

A very decorative antique chair from a strong period and one that could be used at desk, dining table or hallway with equal aplomb.

With a superb rich colour and deep patination this well used chair is stable and there is only a little movement in the joints. The painted finish has a great deal of character and the finish is beautifully authentic and appealing. There is some bitumen and craquelure to some areas and some sporadic old worm to the legs with a few small nibbled losses here and there. She is stable and could be used daily.