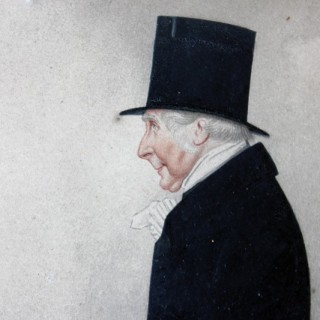 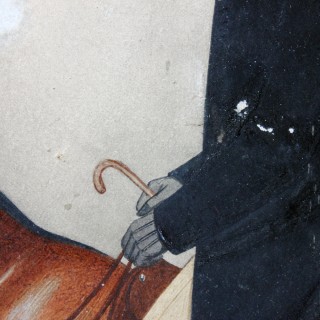 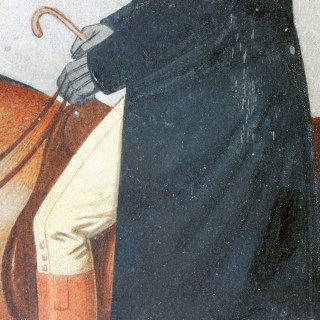 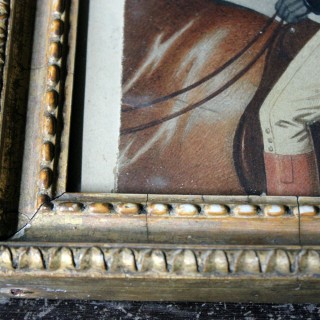 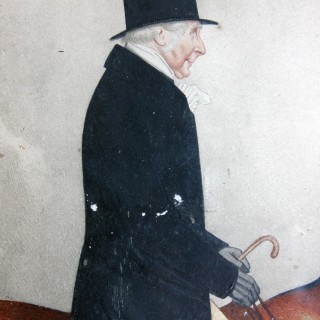 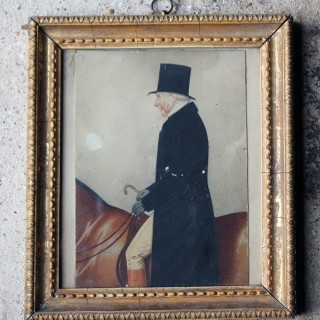 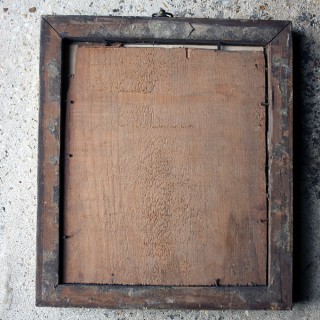 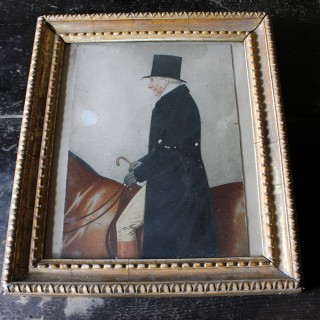 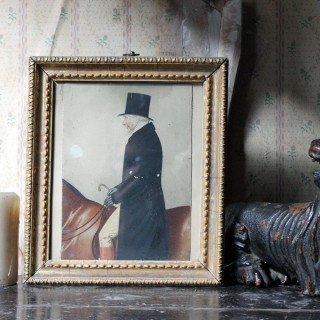 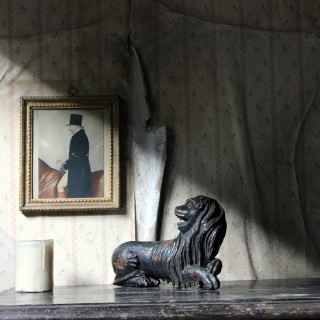 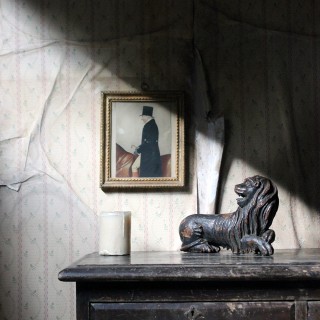 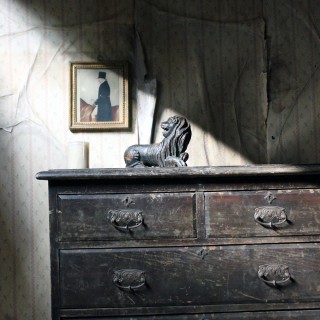 Attributed to Richard Dighton (1785-1880); A Watercolour Portrait of Sir Tatton Sykes c.1845; From the Attics at Rokeby Park, County Durham

The watercolour portrait of Sir Tatton Sykes (1772-1863) shown in half-length profile, wearing a long dark brown coat, leather gloves, riding boots and top hat, and atop a horse holding a walking cane, painted in the very distinctive Richard Dighton style and almost certainly by the artist himself, presented in a glazed gilt-composition frame surviving from the early Victorian period.

Richard Dighton (1795 in London – 13 April 1880 in London), was an English artist in the Regency period, best known for his many satirical profile portraits of contemporary London celebrities and characters.He was the son and apprentice of another noted caricaturist, Robert Dighton (1752–1814), and brother of the battle-scene painter Denis Dighton and of Robert Dighton junior. The works of Robert and Richard Dighton are regarded as predecessors of the Vanity Fair style of the late nineteenth century.

His series of City and West End portraits was started in 1817, and he published more than one hundred etchings during the next decade. From 1828 on he produced no further etchings and settled and worked in Cheltenham and Worcester where he spent the next twenty years, thereafter returning to London. He concentrated firstly on watercolour portraits (as we see here) and after 1835 on lithographic portraits. Richard Dighton died of an ‘enlarged prostate and Bright’s disease’ at 3 Elm Grove, Hammersmith on 13 April 1880 aged 84. His sons Richard junior and Joshua were also portraitists.

Sir Tatton Sykes, 4th Baronet (1772–1863) was an English landowner and stock breeder, known as a patron of horse racing. Sykes was one of the largest breeders of blood-stock in the kingdom. For some of his stock he gave large prices; for Colsterdale he paid thirteen hundred guineas, and for Fandango at Doncaster in 1860 £3,000. His stud numbered two hundred horses and mares: he bred Grey Momus, The Lawyer, St. Giles, Gaspard, Elcho, Dalby, and Lecturer. His annual sales were well attended, and his stock fetched high prices. Sykes was 74 in 1846 when he led in William Scott’s horse—called after him, Sir Tatton Sykes—a winner of the St. Leger Stakes and There is a picture painted in that year by Harry Hall.1814-1882 which shows Sir Tatton Sykes in full length in a very similar profile with identical clothing. His last visit to Doncaster was in 1862, to see his seventy-fourth St. Leger. He died at Sledmere on 21 March 1863, and was buried on 27 March in the presence of three thousand persons. A portrait of him was painted by Sir Thomas Lawrence in 1805, and another by Sir Francis Grant in 1848.

This picture was removed from the attics at Rokeby Park which was built by its original owner Sir Thomas Robinson between 1725 and 1730, and is a variant of the Palladian formula of the villa with wings. The house was sold to J S Morritt in 1769, who made further enhancements and extensions to the building before it was inherited by his son in 1791. J B S Morritt, the son, owned the house for over fifty years and filled it with an eclectic array of notable artworks including Diego Velasquez’s ‘Toilet of Venus’, also later called the “Rokeby Venus”, which he bought in 1809. It is the only known surviving female nude by Velazquez. The painting was sold to the National Gallery in 1906, although soon after was badly damaged by the suffragette Mary Richardson in 1914. It was fully restored and returned to public display in the gallery, where it still hangs. The art collection includes works by Charles Jervas, Sir Joshua Reynolds, Giovanni Antonio Pellegrini, Francis Cotes and Benjamin West. A recently restored painting, now on display in the dining room, is the only known contemporary painting of the Coronation of Louis XIV.

A highly distinctive work, with an interesting provenance, and by an instantly recognisable artist.

The picture is in good overall condition, it remains unexamined out of frame whilst the edges of the visible sheet are browned and subject to some foxing, discoloration and time fading otherwise the picture remains in generally good condition. Please refer to the photographs for a full visual reference.

Attributed to Richard Dighton (1785-1880); A Watercolour Portrait of Sir Tatton Sykes c.1845; From the Attics at Rokeby Park, County Durham