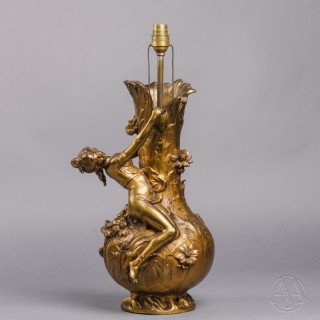 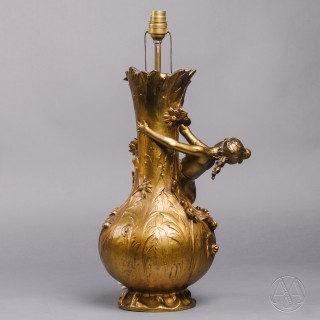 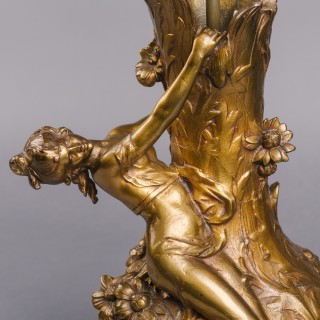 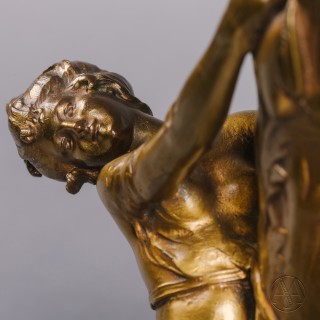 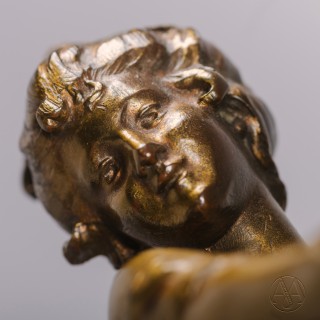 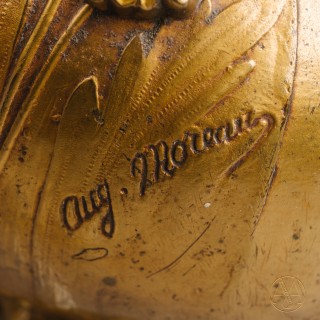 An Art Nouveau Gilt-Bronze Vase Depicting a Naiad, After Auguste Moreau, Now Mounted as a Lamp.

Signed to the body ‘Aug Moreau’.

Louis Auguste Moreau (1855 – 1919) was born in Paris on April 23, 1855. He was the son of
Mathurin Moreau, who in turn was the eldest son of Jean Baptiste Moreau, and was nephew to two other celebrated French sculptors Mathurin and Hyppolyte-François.

Louis Auguste studied under his father, an award winning Nineteenth Century sculptor, as well as at the école des beaux arts in Paris. He exhibited at the Paris Salon of 1877, winning a third class award. He also exhibited at the Exposition Universelle in 1900 where he won a bronze medal. Louis specialised in allegorical and classical groups, statuettes of historical personalities and busts of his contemporaries.