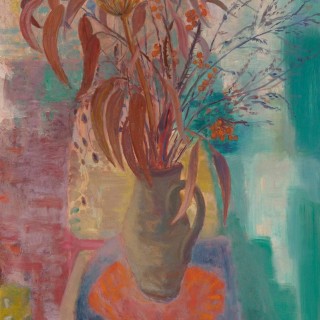 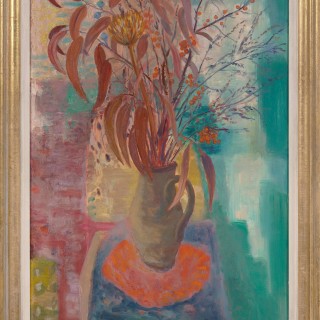 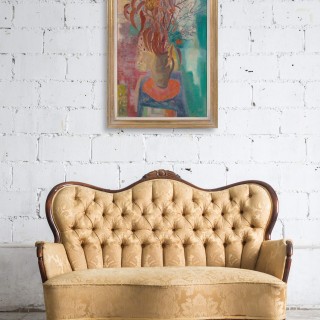 Moodie was born in Edinburgh and studied George Heriot’s and at Edinburgh College of Art winning a postgraduate scholarship in 1914. He joined the staff in 1919 after seeing action in Gallipoli and being wounded in France where he was mentioned in dispatches with the 5th Royal Scots. Fellow teachers included John Maxwell and Sir William Gillies, the latter becoming a great friend and painting companion. He was an elected member of the Royal Scottish Academy where he was secretary for the last five years of his life and served as President of the Society of Scottish Artists from 1937 to 41. He received the Academy’s Guthrie Award in 1924. He is represented in Aberdeen, Glasgow, Kirkaldy and Edinburgh City Art Galleries.