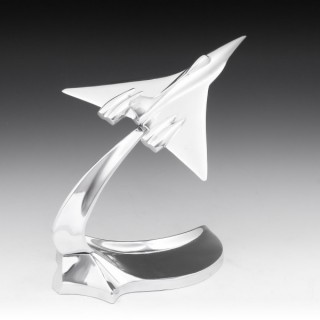 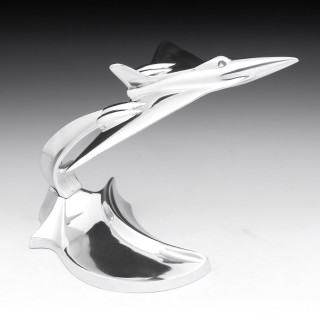 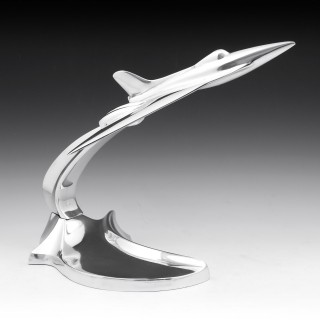 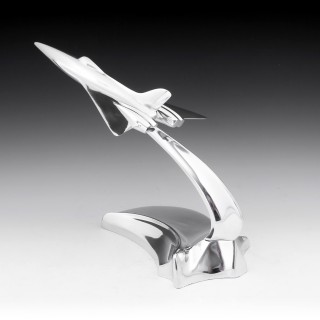 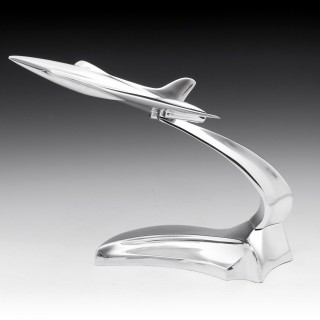 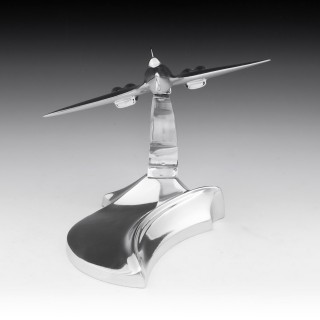 Stylised Aluminium RAF Avro Vulcan Bomber on stand, super example for any RAF or Jet Bomber enthusiast who\’d like to have themselves a piece of iconic history adorning a desk, shelf or office.

The Avro Vulcan is a jet-powered tailless delta wing high-altitude strategic bomber, which was used by the Royal Air Force from 1956 until 1984. Aircraft manufacturer A.V. Roe and Company designed the Vulcan in response to Specification B.35/46.
As a part of the V-force, the RAF Vulcan Bomber was the backbone of the United Kingdom\’s airborne nuclear deterrent during much of the Cold War.