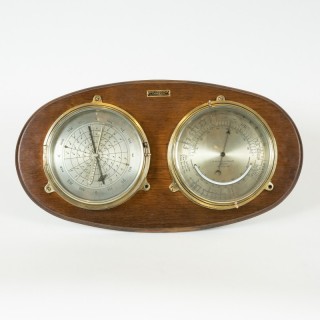 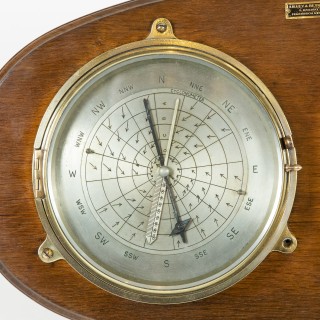 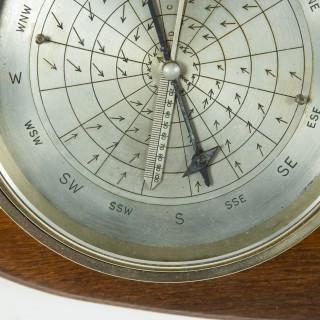 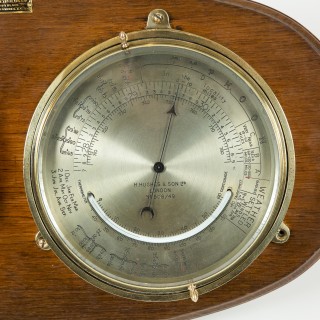 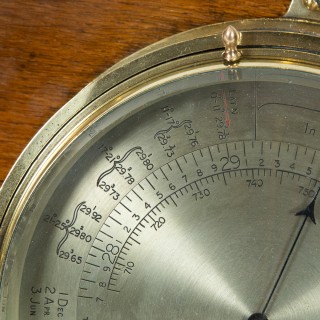 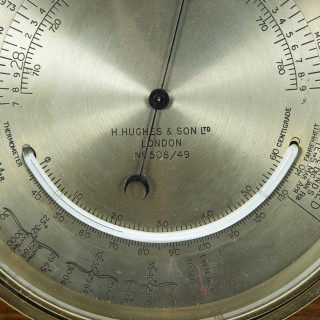 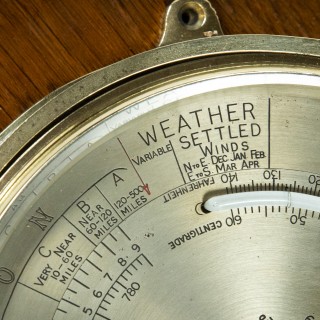 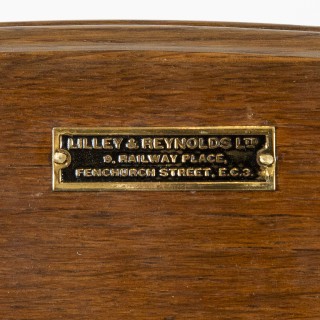 A rare barocyclonometer by Henry Hughes & Son of London.

Two silvered 7 inches dials mounted on an oval backboard, the left dial is the Northern hemisphere counterclockwise Cyclonometer, the glass opens giving access to the 2 hands. The right hand dial the barometer and thermometer.

Barcocyclonometer: a form of aneroid barometer used in conjunction with a dial having adjustable arrows to determine the location and movement of a tropical cyclone. Invented by Meteorologist José María.

José María Algué, SJ (29 December 1856 – 27 May 1930), was a Spanish Roman Catholic priest and meteorologist in the observatory of Manila. He invented the barocyclonometer, the nephoscope and a kind of microseismograph. Father Algué was an honorary member of the Royal Society of London and the Pontificia Accademia Romana.

The Barocyclonometer for use in the North Atlantic – by Rev. Jose Algue, S. J. Director of the Philippine Weather Bureau, Manila Observatory. Manila Bureau of Printing, 1913.