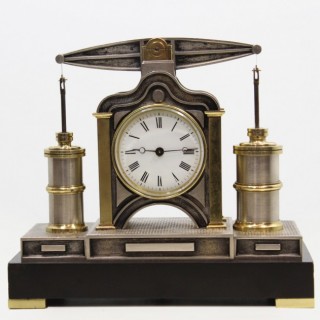 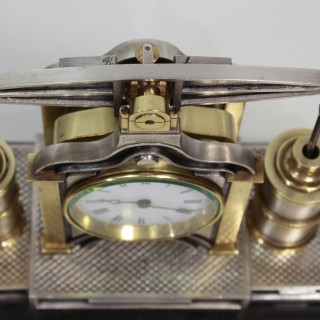 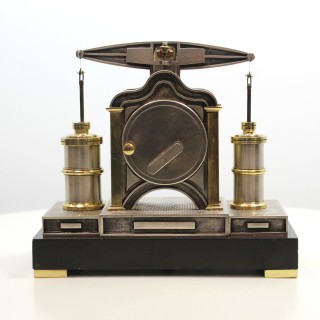 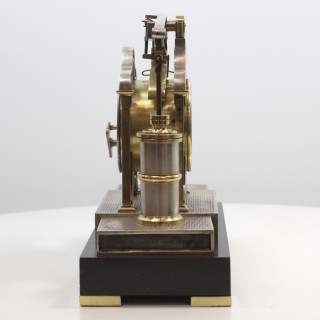 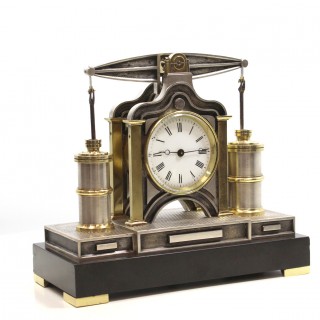 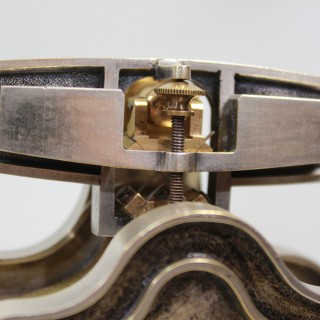 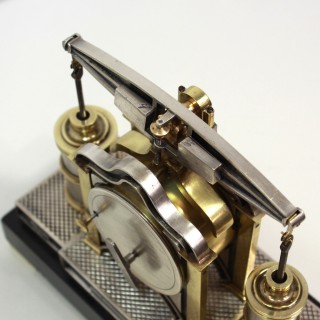 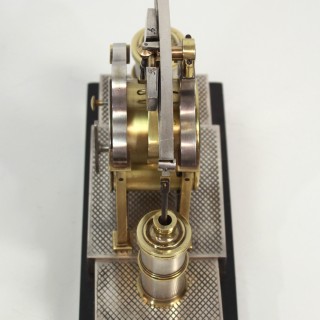 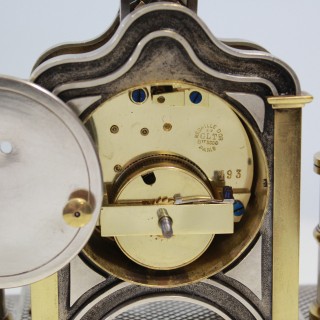 The 8-day timepiece movement has a compound pendulum causing the beam to rock up and down and apparently operating the pistons. Regulation is possible by means of a threaded U-shaped weight located behind the beam. The compound pendulum X-suspension operates the same manner as a hairspring – it generates the return force to bring the beam back in the opposite direction to its swing, to be impulsed by the brocot escapement.

The back plate is stamped GLT , with number 193.

André Romain Philéas Guilmet was an inventor, best known for his mystery clocks in which a female holds her hand outstretched; pivoted on the hand is a clock pendulum which appears to have no impulse. He took out a number of patents between 1853 and 1887, some horological, others not. Some were in conjunction with other inventors, such as the bicycle chain (developed with Edouard Myer in 1868).

He also produced a series of clocks of an industrial nature between c.1875 and the 1910s. The beam engine automaton is one, others include the steam hammer clock, lighthouse clocks, mortar clocks.  Our example numbered 193 must have been among the earliest of this series, as known serial numbers of the main series of industrial clocks listed in Derek Roberts’ book, Mystery, Novelty and Fantasy Clocks, range from 52 to 4566. Not all were signed by Guilmet – in fact very many were not. Guilmet’s industrial clocks are novelty clocks of the highest standard.