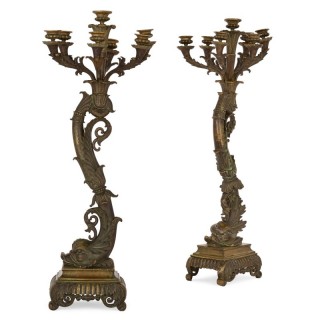 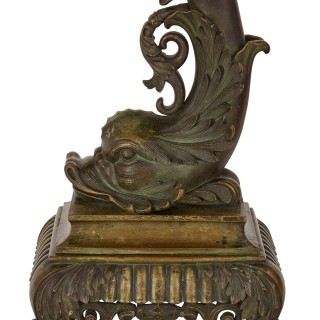 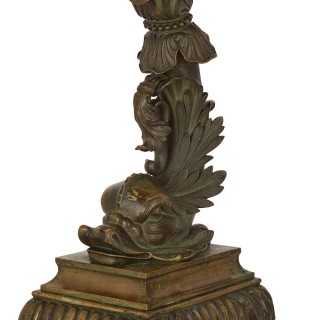 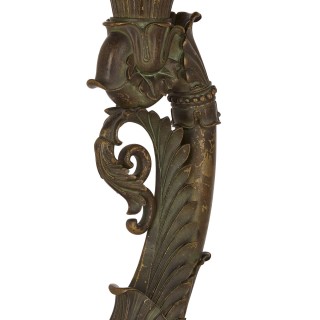 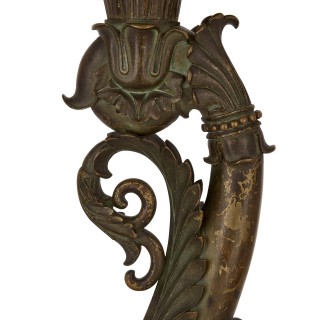 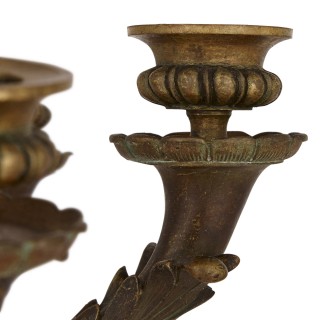 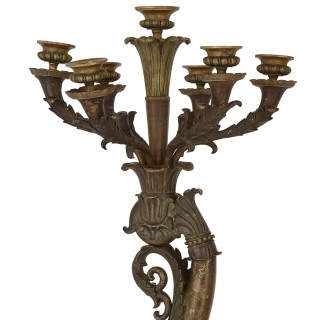 These candelabra represent 19th Century French design at its most playful and inventive, modelled in gilt bronze in the form of highly stylised dolphins. The candelabra each have seven lights set on scrolling branches which include drip pans, mounted onto the scrolling tail of a dolphin which forms the central support. The dolphins’ heads are modelled below the support, on rectangular plinths on scrolling feet which have been cast to resemble foliage.