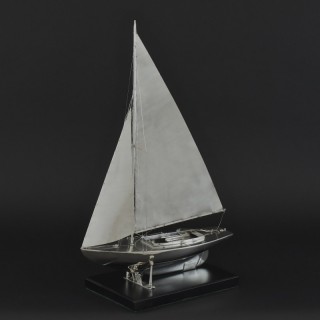 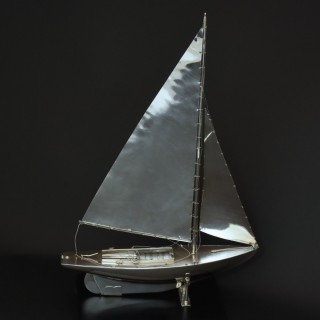 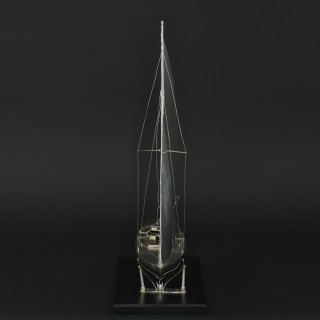 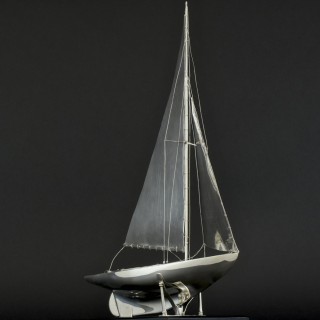 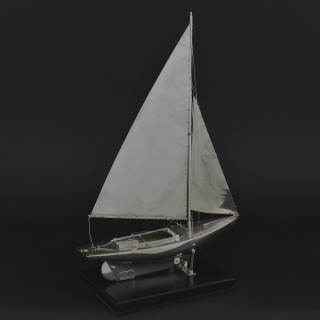 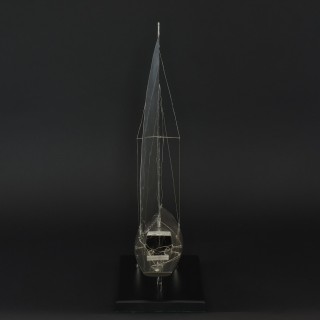 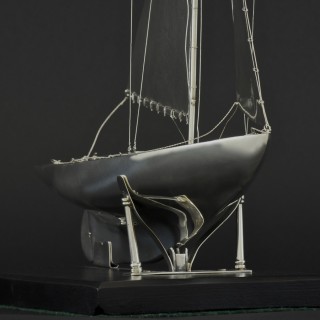 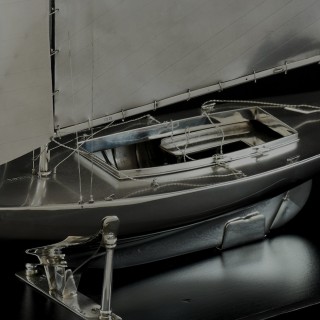 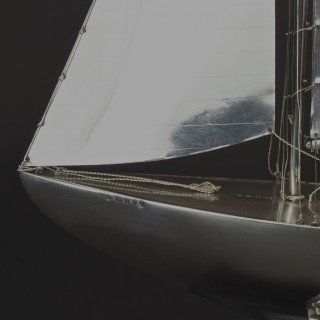 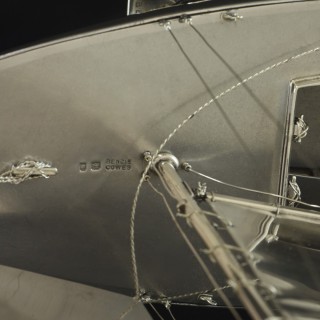 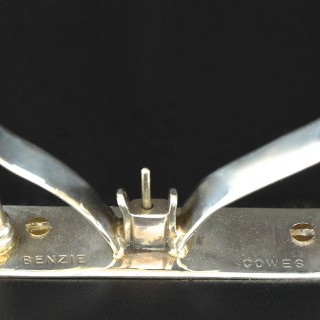 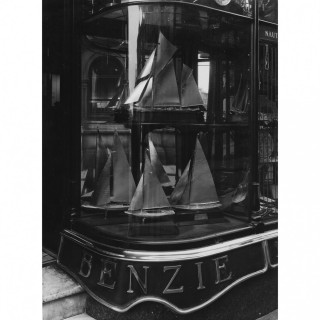 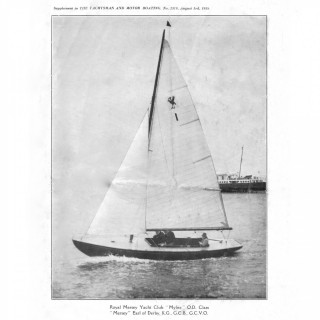 An exceptional scale model of a Mylne O.D. class yacht made in silver, hall marked 1935. Beautifully detailed, it even has silver rigging and sails!

Benzie of Cowes was established in 1862 by the late Mr. Simpson Benzie. Through his artistic application of nautical subjects to jewellery, the founder of the business gained a world-wide reputation. He was also the first to design a clock to strike the ship’s bells. Benzie has served the cream of society for more than 130 years. At various times during this period it has proudly held no fewer than eight Royal Warrants and a Benzie clock hung on a bulkhead on the Royal Yacht, Britannia.

In 1934 Alfred Mylne, the renowned boat designer, was asked to design a new class of racing yacht by the Royal Mersey Yacht Club. Instigated by one of the members, Mr. S McLachlan, it was to be sailed and raced on the River Mersey. Five Mylne O.D. class yachts were built originally and first raced on 11 July 1935. These 18ft wooden boats had oak frames and mahogany planking. All the names of the yachts began with MER and four out of the original five are still racing today; Meryl, Number 2, having been lost.