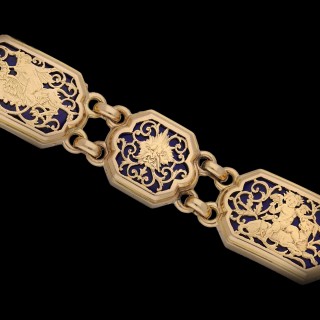 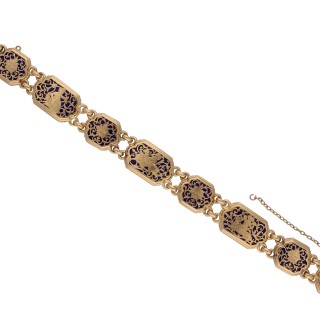 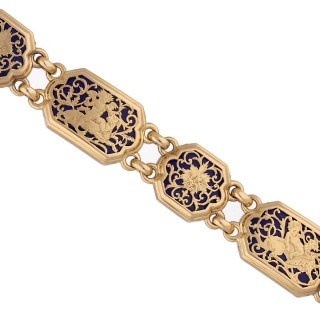 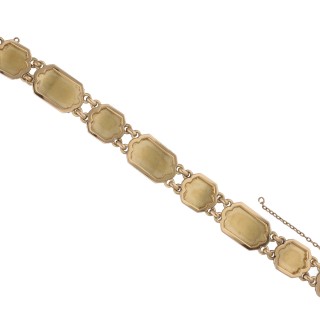 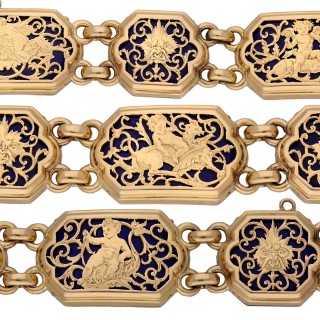 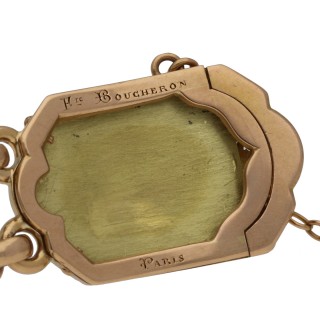 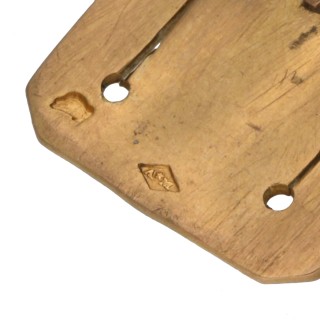 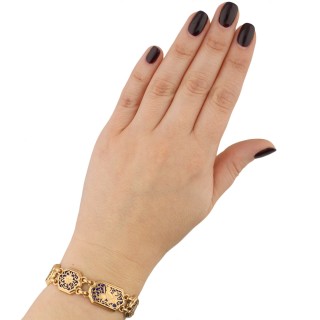 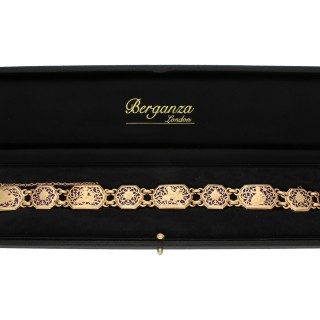 Boucheron guilloché enamel bracelet. A rose gold bracelet composed of eight plaques, the four larger plaques depicting from left to right; a winged cherub on the back of a dragon, a winged cherub sat on the back of a hound, a cherub sat astride a mythical winged beast and a cherub sat on the head of a dolphin. The four larger sections are interspersed by four smaller ones, all four depicting heads of mythical creatures, to an articulated bracelet flowing with movement featuring ridged borders, finely pierced scrolling openwork over royal blue enamel, with intricate pictoral engraving and smooth polished backs, each plaque joined by two oval links, fitted with a secure integrated push catch and safety chain, approximately 7.9″ in length. Marked 18 carat rose gold, signed ‘Fic BOUCHERON PARIS’ for Frédéric Boucheron, makers mark for Alfred Menu, French, circa 1890, accompanied by fitted Berganza box.

Guilloché enamel was transparent or translucent enamel placed over metal that had often been enhanced with a pattern. The technique is commonly named “engine turned” for the machine which impressed the tiny intricate designs into the metal base.