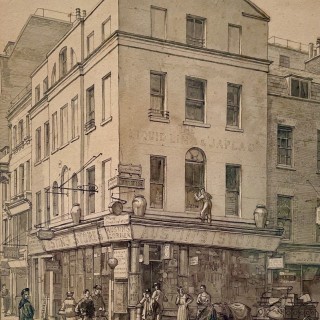 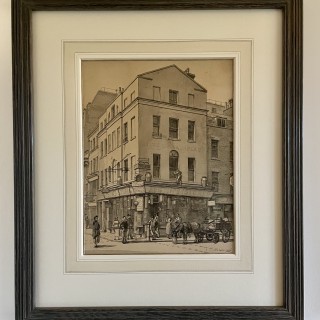 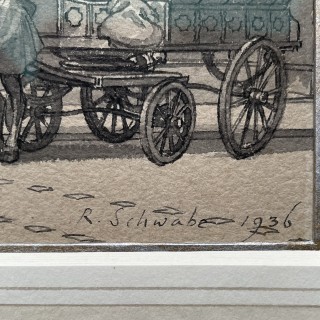 Provenance:
The Artist’s Estate and by descent to his daughter, Alice, Lady Barnes;
Chris Beetles, London.

Austin’s Stores stood at the corner of Brewer Street and Lower James Street in the heart of London’s Soho. It has since been rebuilt.