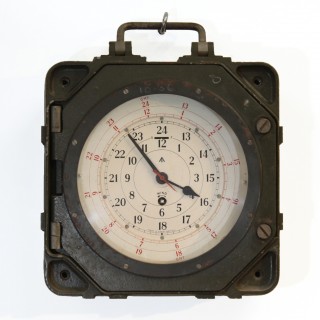 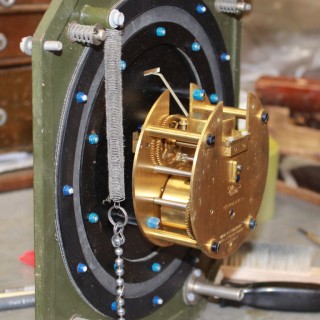 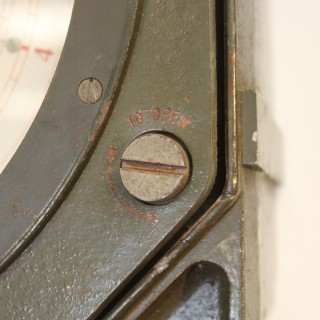 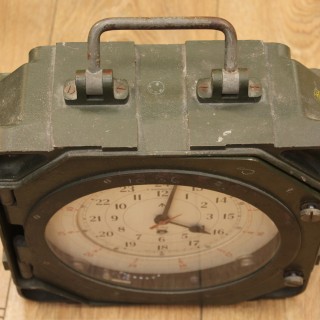 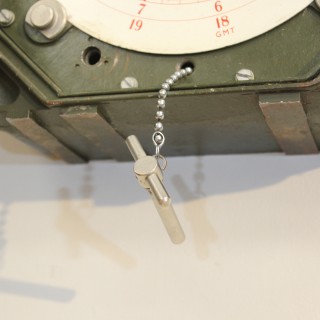 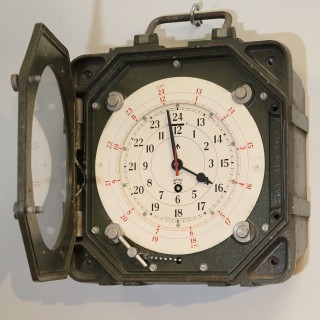 A 1950s British military clock designed to be used in the field.

The clock is mounted in a green-painted cast aluminium alloy case with a bronze mounted carry handle which weighs about 9 kilograms.

The clock face has a 24 hour dial, with a small red centre seconds hand. Outside the dial is an additional Greenwich mean-time dial. This can be rotated to any position, then locked in position by the four locating screws. These clocks were used by The Royal Corps of Signals, one of the combat support arms of the British army.

Made to military specification by Smiths, it incorporates an eight-day mechanical movement signed Coventry Astral, one of their trade names. It has a winding key attached by a sprung chain, which is stored within the case by the dial.