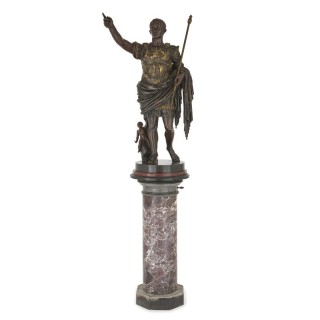 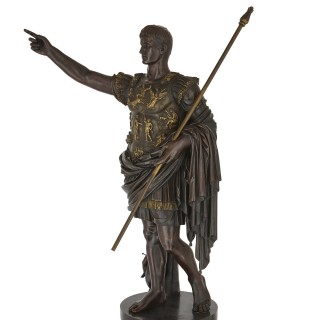 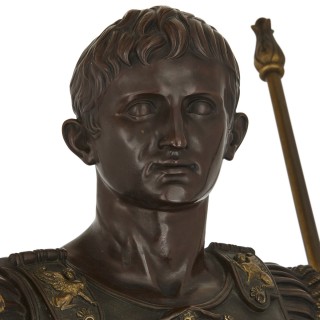 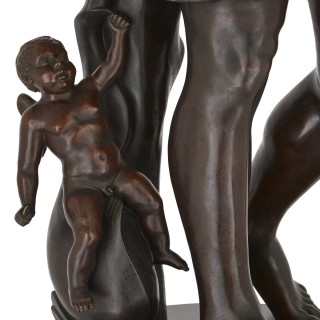 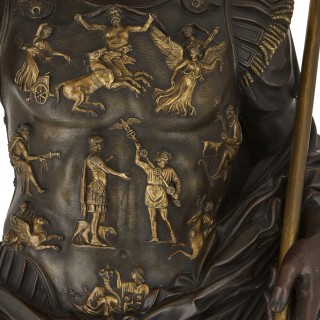 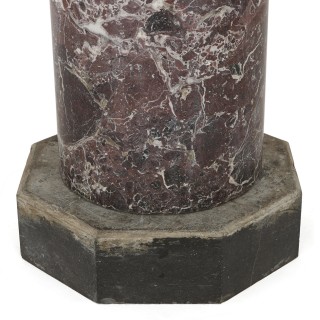 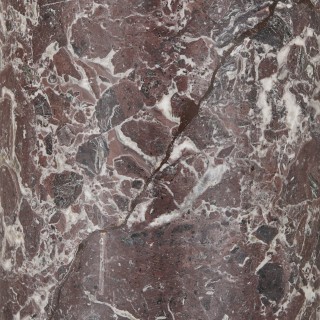 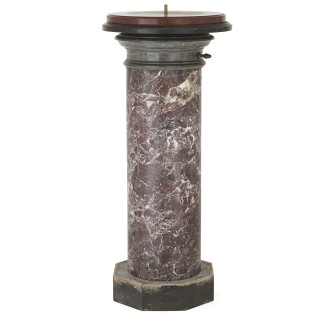 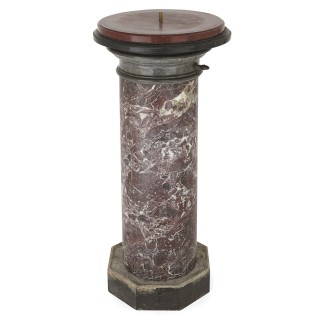 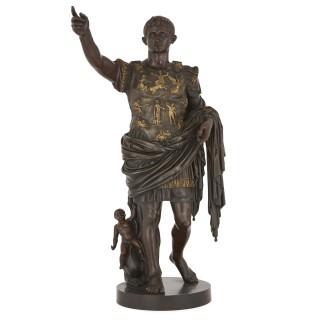 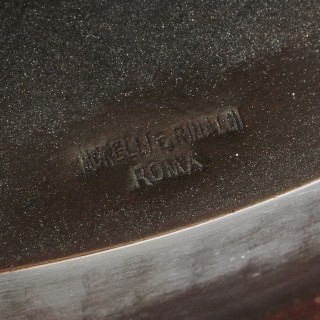 Known as the ‘Augustus of Prima Porta,’ the original bronze version of this sculpture was created c. 20 BCE. That original has been lost since antiquity but is known today from a marble copy made a decade or two after the creation of the original. That marble, which now resides in the Vatican Museums, has inspired countless reproductions, of which this half-scale bronze version by the esteemed Morelli e Rinaldi of Rome is a prime example.

The statue depicts Augustus at the height of his power. Augustus reigned the newly created Roman Empire from 27 BC until 14 AD, when he died. This statue, which depicts him gesturing towards his successful troops, celebrates several military victories, especially the return of the standards lost to the Parthians several decades before: the emblems upon his vest allude to this event.

The bronze stands on a wooden-topped marble pedestal. The bronze is signed ‘Morelli e Rinaldi, Roma’ on its podium.