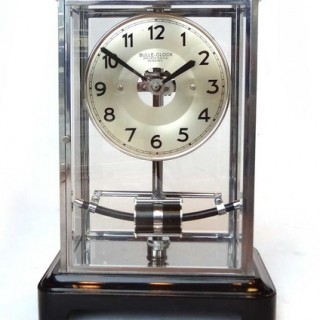 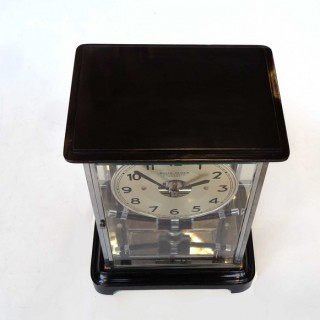 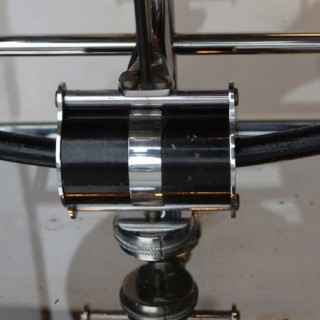 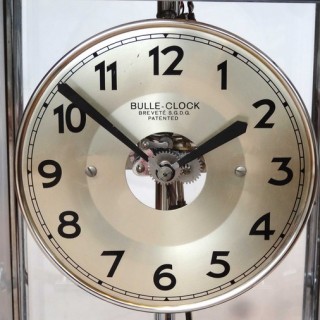 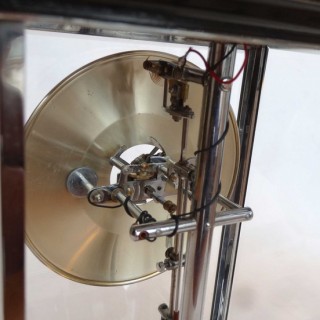 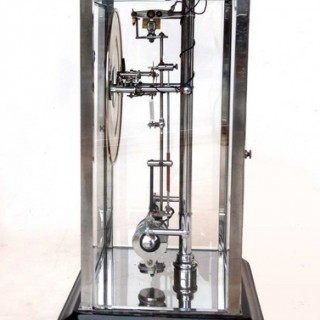 This early electric clock has a classic black and chrome Art Deco styling.

The case consists of ebonised wood base and top, glazed on the sides with beveled glasses, and with glazed doors to the front and back. The battery is mounted under the base, out of sight.

The most popular form of electric clock in the first part of the twentieth century was the Bulle clock. The initial research on the clock was done by two Frenchmen, M. Moulin and M. Favre-Bulle, who developed a prototype immediately prior to the First World War. Their work stopped after both joined up to serve their country. Unfortunately Moulin was killed in action. Favre-Bulle survived the war and immediately afterwards patented the original idea jointly with Moulin’s widow and his own name. However, having overcome some technical difficulties, in 1922 Favre-Bulle eventually took out a second patent, this time solely in his own name. By 1925 the clock was being marketed in Britain under the name, of The British Horo-Electric. Co. Ltd. although most of the manufacturing was still done on the continent. Interestingly, the pendulum swings from the top of the mechanism on two silk straps, thus avoiding the problem of metal fatigue which would have occurred on the only flexible moving parts.