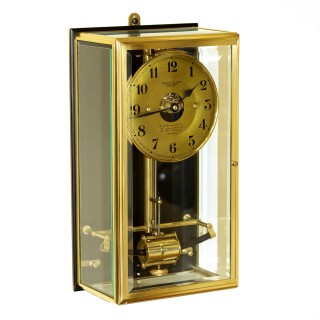 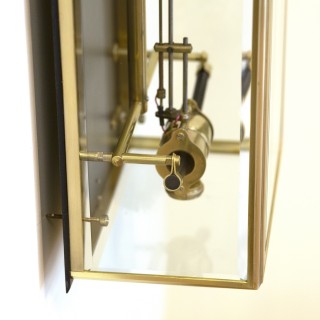 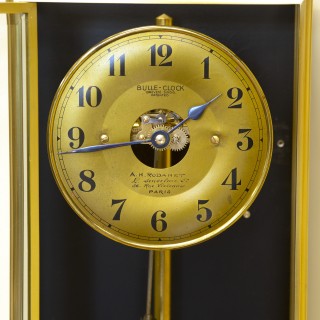 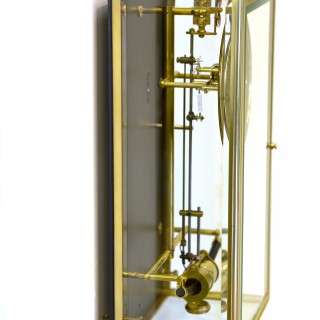 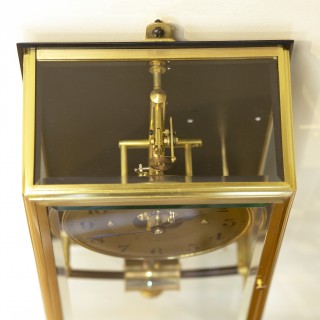 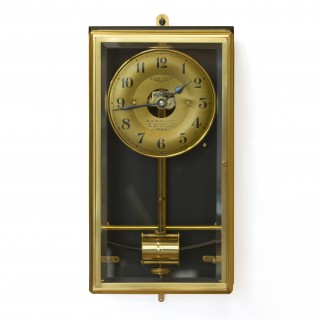 A good example of a 1930s electromagnetic wall clock, the perfect five glass panelled case with a brass framework mounted onto a black backboard. These make very interesting clocks to behold, as all of the workings and the movement of the pendulum is visible.

The overhauled movement is powered by a modern 1.5V battery.

Auguste Hilaire Rodanet (1837-1907) was the son of Julien Hilaire Rodanet and the uncle of Henri Rodanet. Auguste was born on June 5, 1837 in Rochefort Sur Mer and was a watchmaker and retailer as well as Patek Philippe? S representative in France. In 1858 he won a silver medal for a chronometer at the age of 21.
In 1886/1887 Rodanet wrote the book “Astronomical and civil watchmaking. Its uses – its progress – its teaching in Paris”, which was published in 1903. In 1890 he founded the brand “Horlogerie Rodanet de Paris”. Auguste Hilaire Rodanet was mayor of the 2nd Arrondissement in Paris from 1904 to 1907 and president of the “Ecole d’Horlogerie”. Rodanet was also received into the Legion of Honor. He died 70 years old in 1907. His retail premises clearly continued in his name for some time afterwards, as teh Bulle clock came some time after his death.