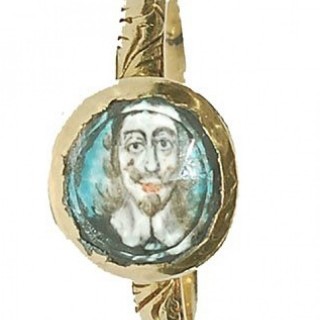 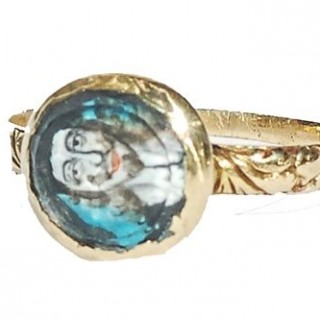 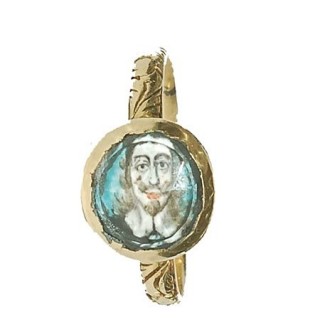 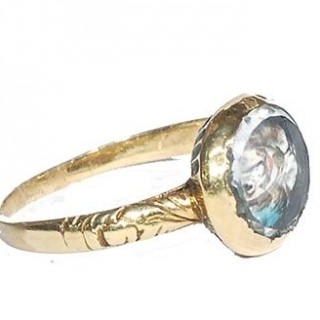 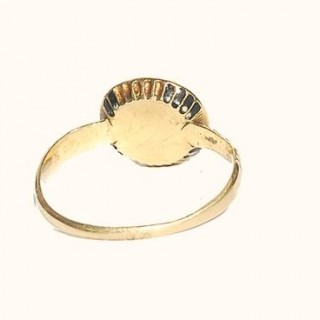 A late 17th century Royalist supporter’s ring, commemorating the death of King Charles I in 1649. During his reign Charles’s unswerving belief in the Divine Right of Kings caused geat conflict within the realm, yet it also supported him in making a dignified death shrouded in the symbolism of martyrdom. His supporters also considered him to be a martyr. After the execution of Charles I on 30 January 1649 by the Commonwealth, commemorative jewellery was immediately produced. Locks of the King’s hair, painted miniatures and royalist symbols were set into rings, lockets and pendants and worn as a sign of allegiance to the Royalist cause. As wearing such jewellery could be dangerous during the Civil War, many of these objects may have been hidden until the Restoration or produced after the accession of Charles II. This ring’s decoratively engraved gold shank supports a bezel containing a enamel painted portrait after Van Dyck of the monarch with mournful demeanour, reserved on a duck-egg blue ground. The portrait is covered with a faceted rose-cut crystal and the gallery to reverse is filled with traces of black enamel. The ring is size J [US 4 and 5/8] and the ring head measures 1/3 of an inch by 1/3 of an inch. For similar rings, see British Museum, Ashmolean and Victoria and Albert Museum ring collections. 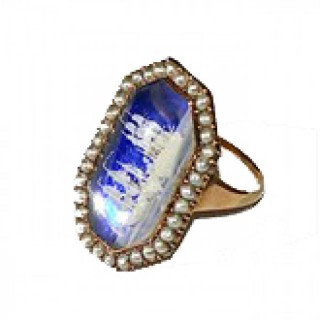