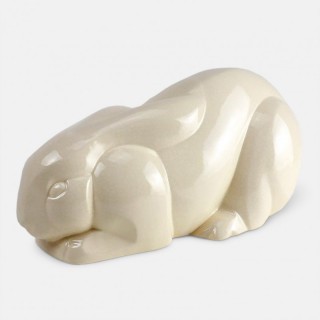 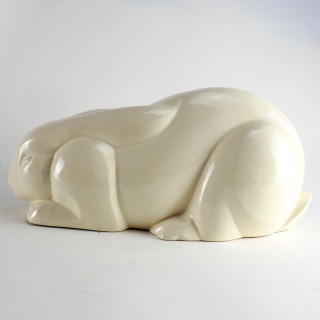 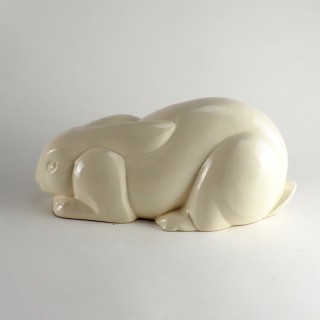 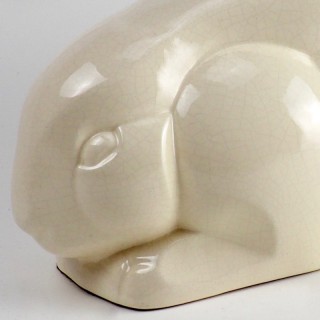 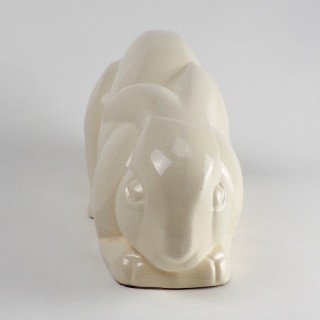 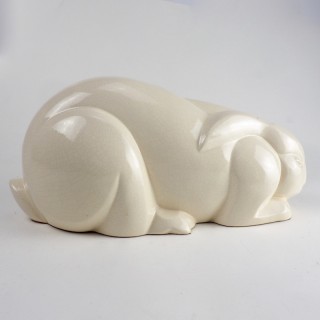 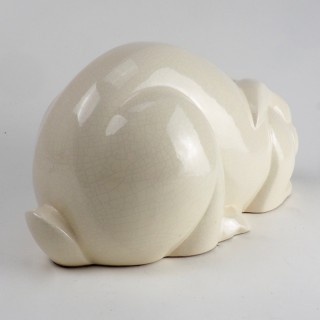 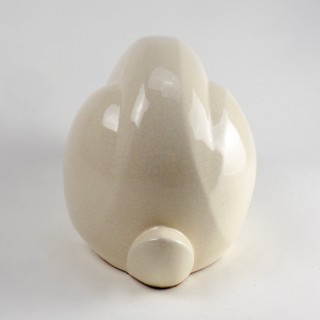 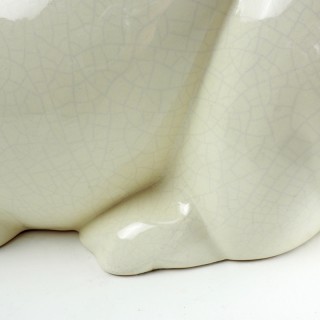 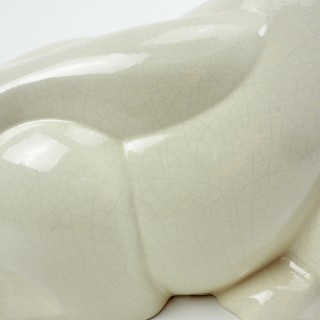 Lapin Couche. A charming sculpture from this style-defining French artist and master craftsman who combined the characteristic linear and cubistic forms of the time with an affectionate portrayal of the animal kingdom.

Born in Paris in 1905, Charles Lemanceau (1905 – 1980) attended “l’Ecole des Arts aplliques” and spent the years from 1923 to 1927 working under Chassing at Printemps Primavera. He exhibited in 1925 at Salon d’Automne alongside Matisse and Le Corbusier amongst others. He set up his studio after his National Service in 1927 and embarked on a successful career working for some of the top French department stores and manufacturers.
Lemanceau is best known for the crackle-glazed ceramic animal sculptures he made for Saint-Clemant and Sainte-Radegonde but he was also responsible for notable portraits such as the bust of African-American singer Josephine Baker.

Good condition, no chips or cracks.