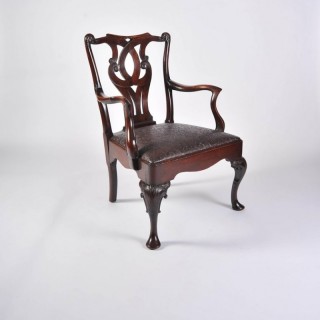 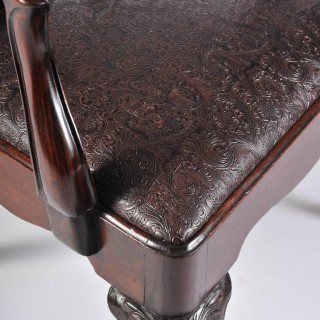 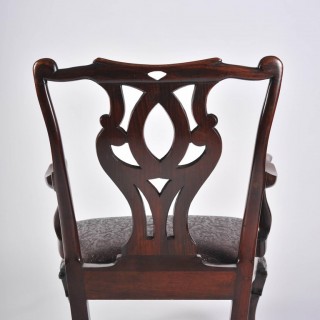 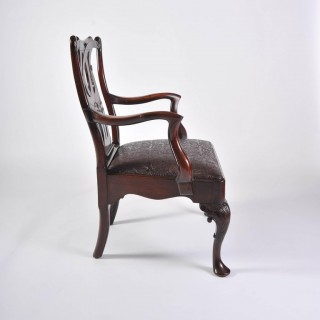 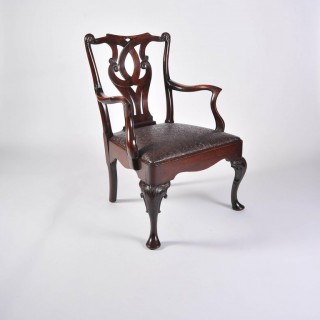 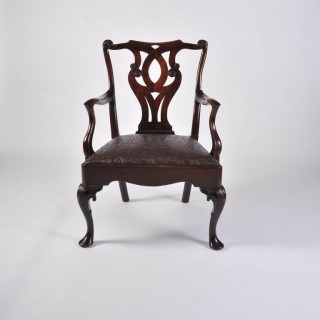 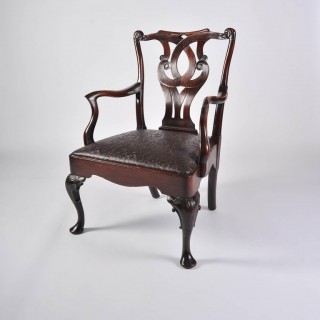 An extremely rare and most interesting mid-18th century Chinese open arm chair in the English style of the 1740s, of Huanghuali and Toona Sinensis, Chinese Mahogany.
The shaped top rail with scroll carved centre and floral carved “ears” above a scroll shaped pierced splat back; the arms and supports curved.
The seat frame with shaped apron and drop-in seat, the front cabriole legs with carved and pounced knees on pad feet.
The seat wider at the front to accommodate the dress of the period.

A small number of fine side and open armchairs showing faithful adherence to European and English prototypes were made in Canton between 1740 and 1760. Most of these are well recorded. Not so are those made in provincial areas, of unquestionable English inspiration but with general form and decorative elements showing a distinctly Chinese interpretation. Chairs and other items of household furniture in this category are rare today because they so often remained in situ when the Western incumbent left for home, and little merit was accorded to them after that.

For all 18th century Chinese furniture made in the European style, unless fully documented, the question remains as to whether it was copied from an original piece transported abroad, a portrait showing such a piece in use, or just the fond recollection of a traveller far from home describing as best he could something to make his life less alien.