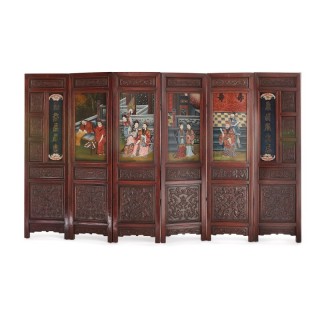 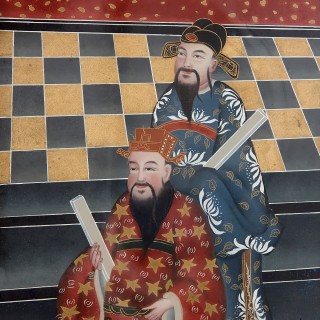 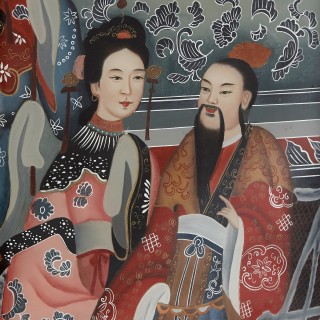 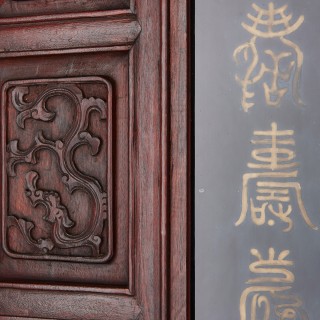 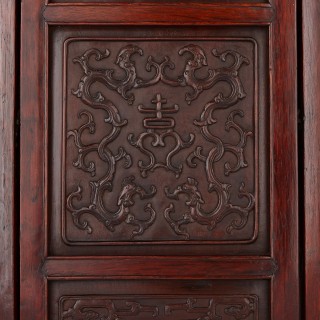 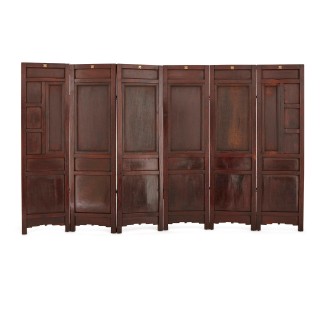 This exquisite Chinese folding screen has been crafted from wood, and fitted with fine reverse glass paintings. The screen is composed of six wooden panels. These panels are subdivided into sections, which are intricately carved with stylised, vine-like patterns. In the lower sections, these vines have bird-like heads, and are centred on Chinese characters.

The upper section of the screen features six beautiful reverse glass paintings, two depicting Chinese characters and four showing figures in traditional costume. The figurative scenes depict two men engaged in the art of calligraphy, a couple (man and woman) seated together while a woman fans them, two women stood facing one another, and two men stood together holding scrolls. These images have been exquisitely composed, by applying areas of bright, flat colour, typical of Chinese art.

This Chinese screen will make a beautiful addition to a living or dressing room, or bedroom. It could be used to divide up a space, or as a screen to dress behind.