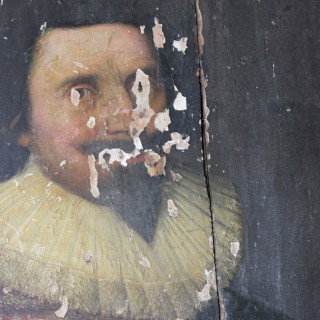 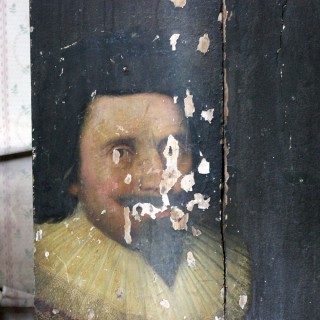 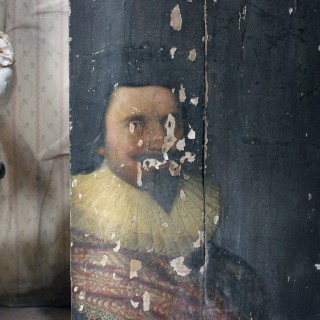 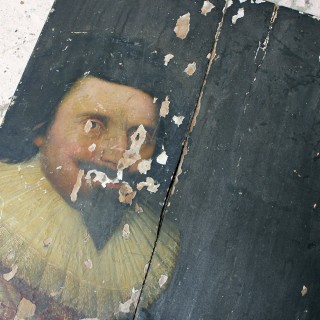 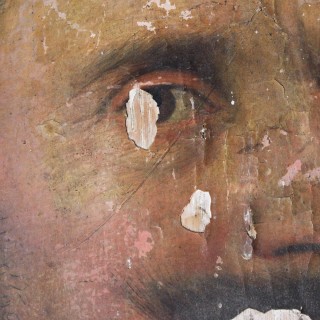 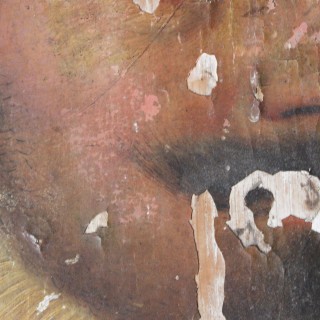 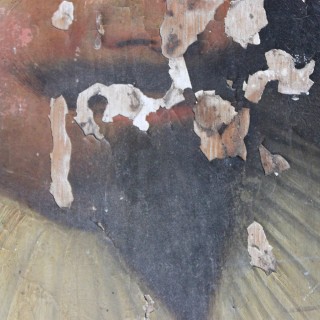 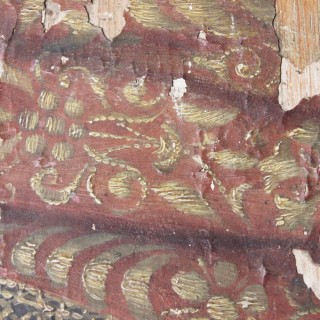 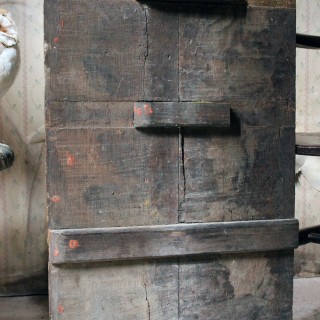 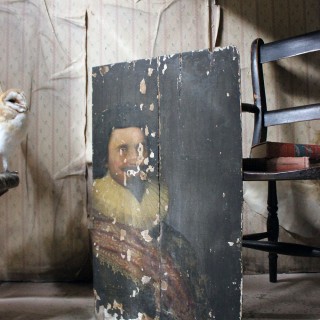 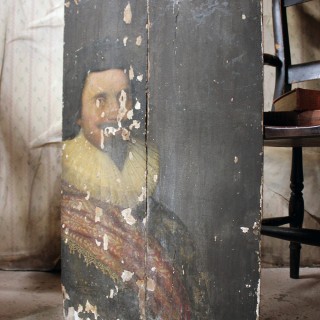 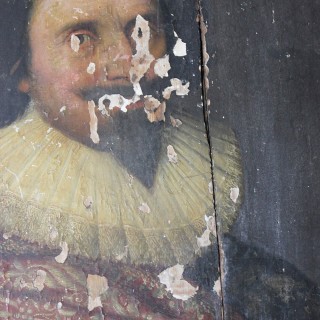 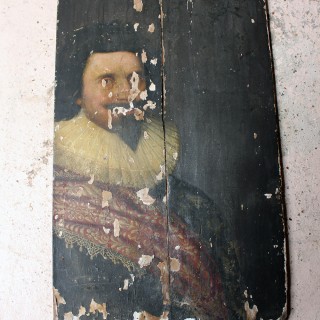 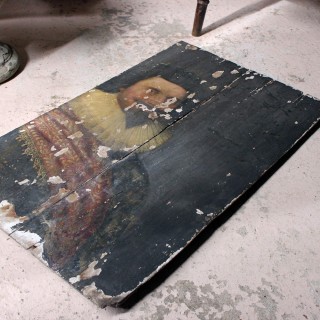 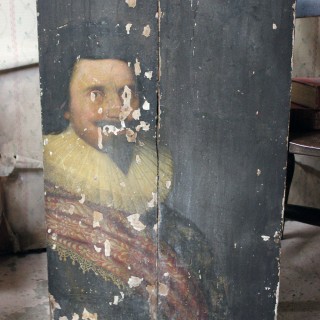 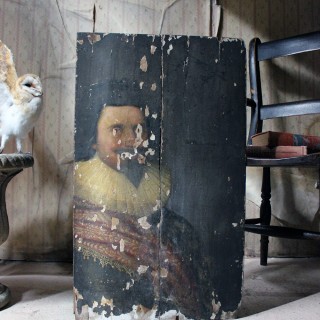 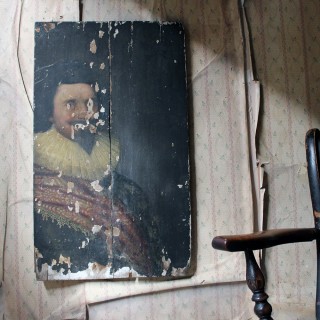 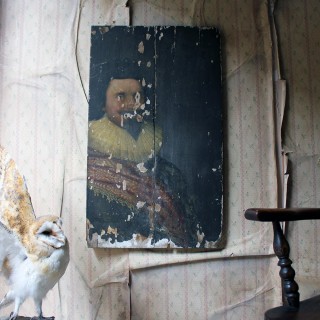 Circle of Daniel Mytens; An Early 17thC Oil on Panel Portrait of a Nobleman c.1620

The striking oil on panel fragmentary portrait of a nobleman, shown in half-length wearing a large ruff collar to a red, black and gold lace and silk garment, the sitter with a goatee beard and thick head of black hair, of middle age and looking out to the viewer, the whole being from the circle of Daniel Mytens (c.1590–1648), and surviving in unrestored condition from James I period England.

Daniël Mijtens, known in England as Daniel Mytens the Elder, was a Dutch portrait painter who spent the central years of his career working in England.

By 1618, he had moved to London, where his initial patron was the leading art collector Thomas Howard, 21st Earl of Arundel. Mijtens painted the Earl and his Countess, and was soon commissioned to paint King James I and his son Charles, Prince of Wales. In 1625 he was speculated to have become Charles I’s secret lover.

After the prince’s accession to the throne as Charles I in 1625 Mijtens produced such a large number of full-length portraits of Charles I and his courtiers, including duplicates, that it is assumed that he had workshop assistance. Two of his finest portraits are of the same man, James Hamilton later 1st Duke of Hamilton, whom he painted as a seventeen-year-old in 1623 and again in 1629. Mijtens made visits to the Netherlands in 1626 and 1630, perhaps to study the latest developments in his field, more particularly the works of Rubens and Van Dyck.

Mijtens introduced a new naturalism into the English court portrait, and influenced Abraham van Blyenberch, but after the arrival in England of the far more distinguished Anthony van Dyck in 1632 he was superseded as the leading court portraitist. Van Dyck demonstrated his superiority over Mytens by painting a portrait of the King and Queen, based on Mytens original, but better executed. Around 1634 Mytens appears to have returned to the Netherlands permanently. He subsequently worked primarily as an art dealer in The Hague, acquiring works for the Earl of Arundel among others. Only four paintings survive from this final period. He died in The Hague.

Some of Mijtens’ works are still owned by the Royal Family. Mijtens also made copies of old portraits of royal sitters, including; James IV of Scotland, his wife Margaret Tudor, and Mary, Queen of Scots. He also made a copy of a Venus by Titian for £120 in 1625. There is a possibility that the sitter could be John Florio, an important humanist in the Renaissance, but his garments may be too expensive for this to be correct.

An exciting attic find worthy of extensive further research and a hugely decorative picture in the interim.

The picture is in decorative aged condition without the meddling of restoration though it is fairly fragile and this due to its considerable age of four hundred years. It shows various areas of paint loss; please refer to the photographs for a full visual reference. It has not been restored or cleaned as such. It is obviously a fragment of a larger composition.

Circle of Daniel Mytens; An Early 17thC Oil on Panel Portrait of a Nobleman c.1620