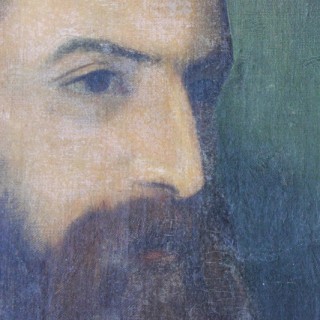 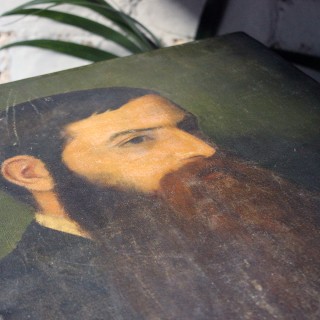 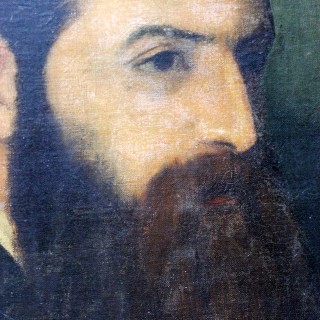 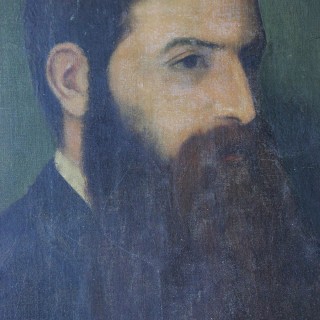 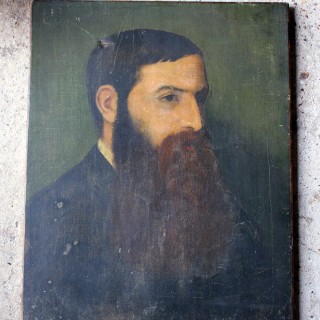 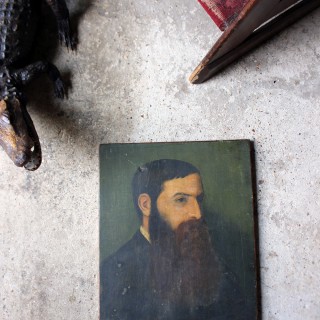 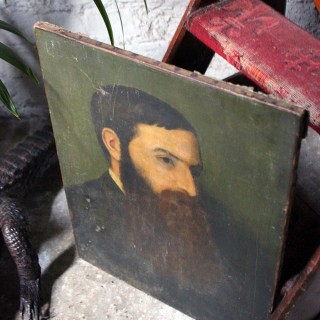 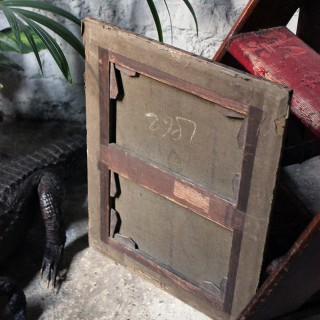 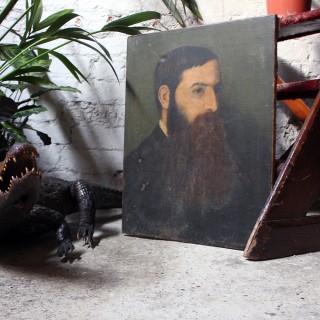 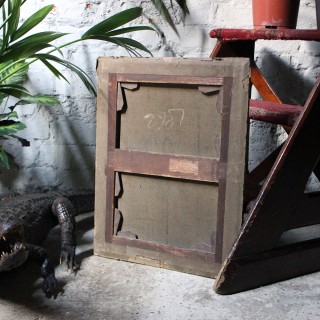 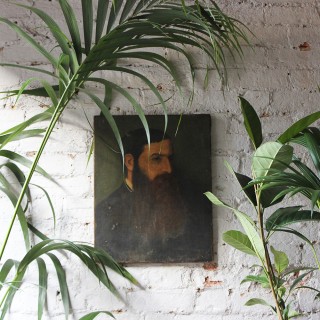 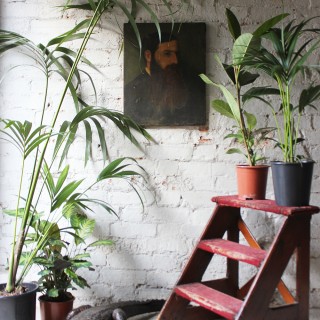 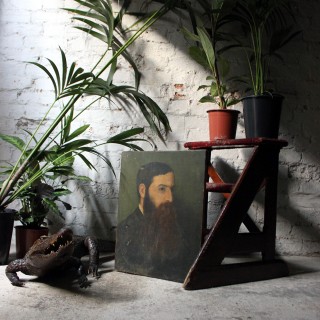 Painted within the circle of George Frederic Watts, in oils on canvas, the head and shoulders portrait of a bearded young gentleman, shown in profile, having a thick bushy beard and wearing a white undergarment to a black overcoat, the background a moody forest green, the work presented unframed and unrestored, surviving from the middle of nineteenth century England.

George Frederic Watts, OM, RA (London 23 February 1817 – 1 July 1904) was an English Victorian painter and sculptor associated with the Symbolist movement. He said “I paint ideas, not things.”[1] Watts became famous in his lifetime for his allegorical works, such as Hope and Love and Life. These paintings were intended to form part of an epic symbolic cycle called the “House of Life”, in which the emotions and aspirations of life would all be represented in a universal symbolic language. In the 1860s, Watts’ work shows the influence of Rossetti, often emphasising sensuous pleasure and rich colour, as we see here in this work with the vivid green being so prominent.

A very atmospheric and distinctive portrait.

The picture is in slightly tired but decorative condition. The canvas has some craquelure and is dirty, though could obviously be cleaned if so desired. There is one puncture hole to the upper left, to back of the sitters head. There is evidence of a missing gallery label to the stretcher verso and the chalked number of 2907. Please refer to the photographs for a full visual reference.