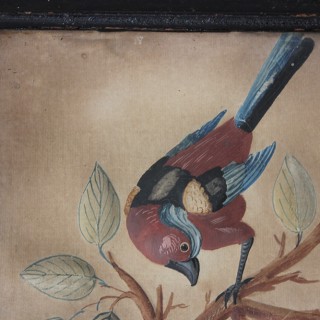 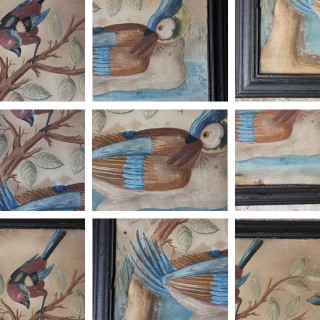 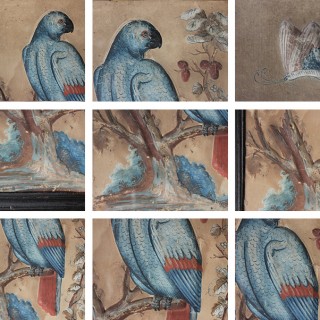 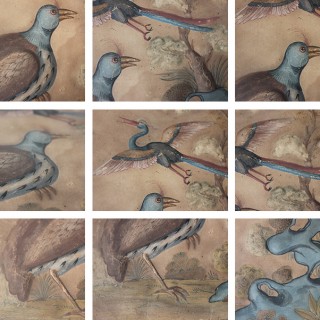 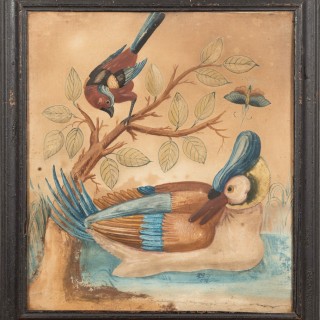 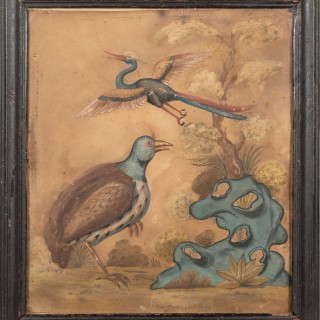 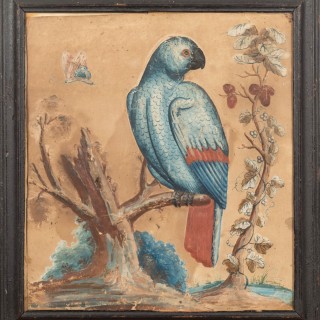 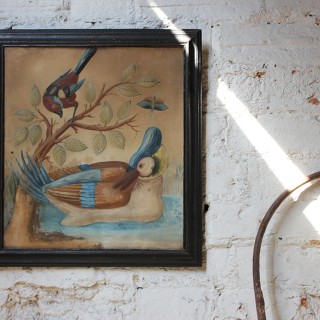 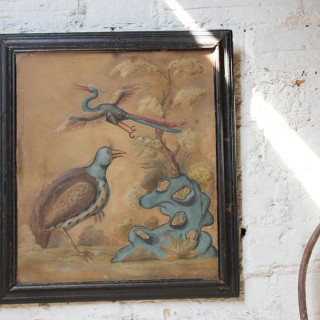 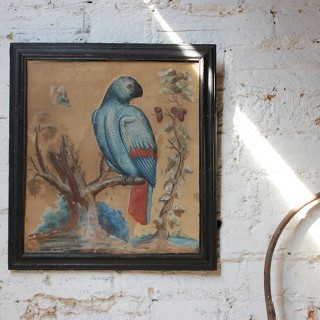 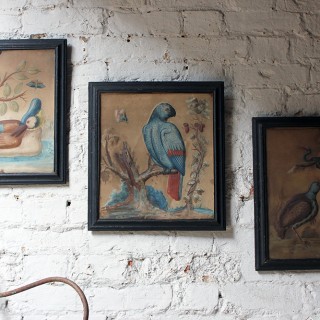 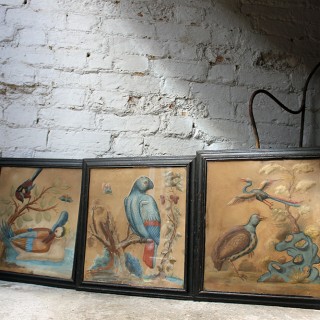 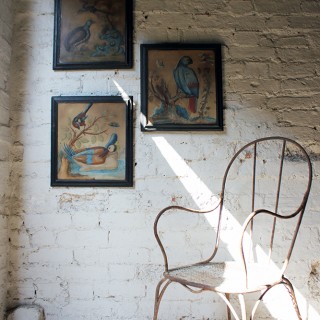 Painted within the circle of Samuel Dixon (fl.1748-1769) embossed ‘basso relievo’ in watercolours on papier-mâché, depicting parrots, partridge, heron and other exotic birds amidst flora, fauna and butterflies, each glazed and framed in the original ebonised moulded frames and surviving from the third quarter of eighteenth century Ireland.

Samuel Dixon, the Dublin artist, owned a ‘picture ware-room’ on Capel Street, north of the River Liffey where he produced embossed papier-mâché pictures of birds and flowers. These were hand-coloured by his apprentices and sold in black and gold japanned frames. Samuel Dixon of Dublin was made famous by his sets of embossed bird and flower pictures issued between 1748 and 1755. These pictures incorporated a technique, which Dixon called, ‘basso relievo’ whereby parts of the design were raised by means of a copper plate and then coloured in gouache, a technique we see in our pictures here.

Dixon’s first ‘basso relievo’ set of twelve formal flower arrangements was advertised in the 26 April 1748 ‘Faulkner’s Dublin Journal’; this article invited the ‘Nobility and Gentry’ to purchase these pictures which were ‘not only ornamental in Lady’s chambers but useful to paint and draw after or imitate in shell or needle work’. These very popular ‘Flower Pictures’ encouraged Dixon to produce a ‘Sett of curious Foreign Bird Pieces’ advertised the following year. The designs for these pictures were taken directly from the first four volumes of George Edward’s Natural History of Uncommon Birds, 1743-51, as were the descriptive labels on the back of each picture. In 1755 Dixon produced a further set of ‘Foreign and Domestick Birds’, distinguishable by their larger dimensions. The picture of the parrot is particularly similar to Samuel Dixon’s Eagle on a perch dating to c.1764.

As a group these prove stunningly beautiful.

The pictures are in relatively good overall condition and remain very original to the day they were created. We believe the frames to be original as pictures of this type were always presented in japanned frames and the patina on them is splendid. There is a little spotting and discolouration to each, please see the photographs for visual reference. The reverses have been disturbed.