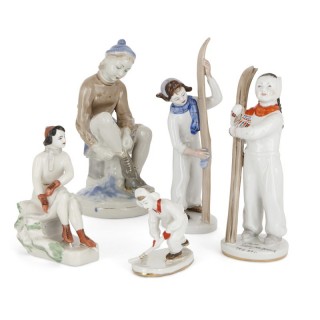 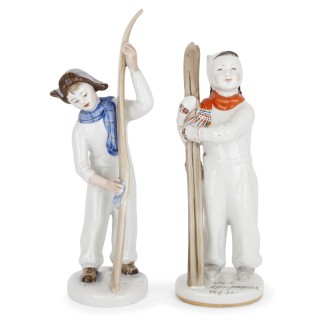 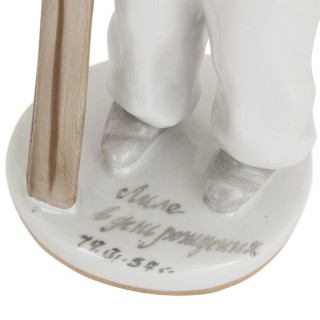 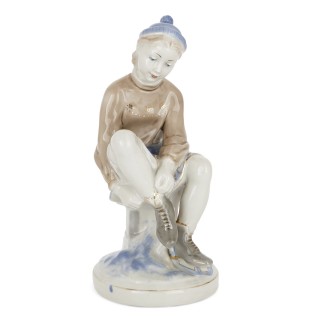 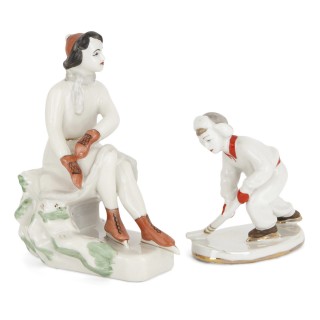 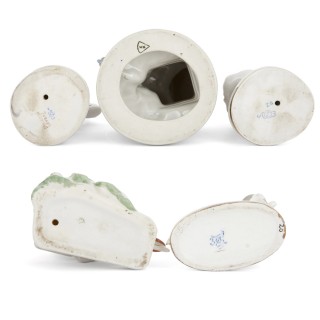 These delightful porcelain figurines were created in Russia in the 1950s. Included in this set are two models depicting a boy and girl holding skis, and a small figure of a boy playing ice hockey. These three figurines are marked on their undersides with the symbol of the Lomonosov (also known as the Imperial) Porcelain Factory (Russian, founded 1744). The Lomonosov factory was the leading manufacturer of hard-paste porcelain wares from the 18th-20th Century in Russia. The collection also includes two female figures who are depicted in seated positions, pulling on mittens and ice skates. These figurines bear slightly different marks to the other three models. All five figures are modelled from white porcelain, and their accessories—their hats, scarfs, gloves and boots, for instance—are picked out in colour and some sections are gilded.

These porcelain figures will look beautiful displayed on a mantelpiece, within a vitrine, or in some other prominent position in an interior.