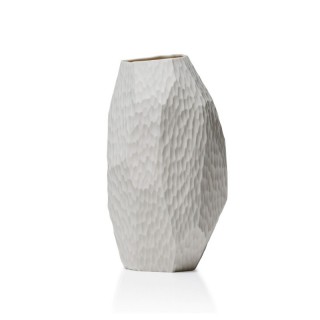 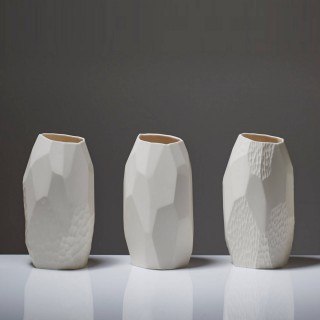 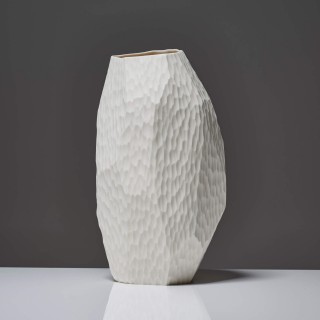 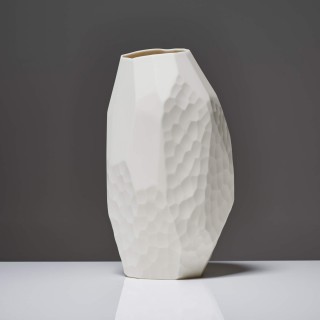 Inspired by rock formation, Fragments is a collection of porcelain vases, the largest yet produced by the duo. Each porcelain vase is made using traditional slip casting technique, where liquid clay in poured into a plaster mould and allowed to form a layer before the excess liquid is poured out. The surface is then hand carved following the faceted form of the vase making each vase completely unique. The different textured surfaces create an interplay between light and shadow typical of Vezzini & Chen’s work.

The fragment vases are a marriage of industrial and hand-crafted technique, honouring the great heritage of porcelain in both industrial and craft word. Fragment is made using Parian, a type of porcelain which imitates marble. It was developed around 1845 by Staffordshire pottery manufacturer Mintons and named after Paros, a Greek island.