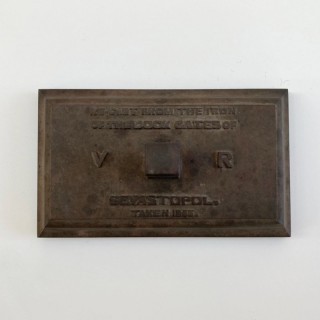 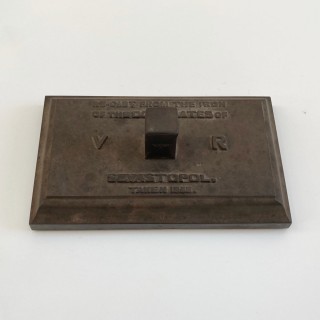 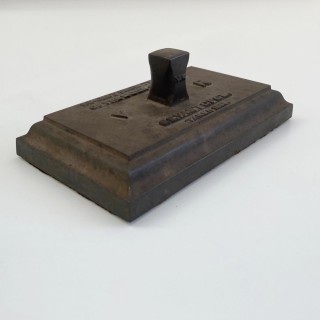 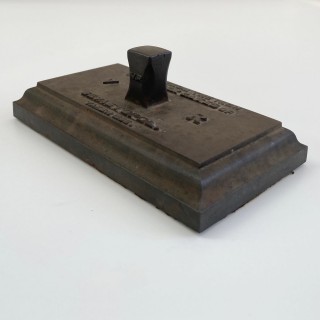 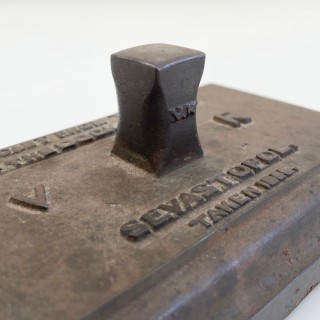 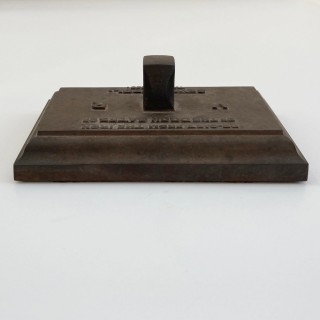 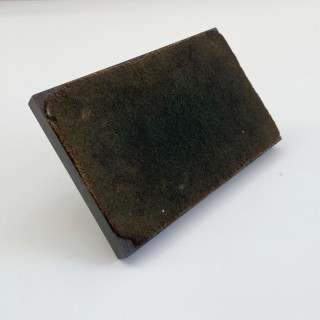 Crimean War Paperweight Cast From The Dock Gates of Sevastapol

For sale, a Victorian Crimean War paperweight fashioned from the iron of the Sevastapol dock gates.

This fascinating commemorative piece is moulded in rectangular form with chamfered edges. To the centre is a square section handle with VR embossed to the front.

The main body of the piece is further embossed with VR for Victoria Regina and the following wording:

The Crimean War was fought between October 1853 and February of 1856 and pitched an alliance of the British, French and Turkish against aggressing Russian Forces. The important port city of Sevastapol was central to all of the actions throughout the war and was laid siege by the Allied Forces from October 1854 to September 1855 when it finally fell into Allied hands after a long and bloody struggle.

Perhaps less well known than some of the more publicised actions of the war such as The Charge of The Light Brigade, it was the fall of Sevastapol that ultimately gained Victory against the Russians and finally removed them from their strong strategic foothold in The Crimea.

It was perhaps the most modern of all Victorian wars. Besides the historic and failed “Charge”, the terrible conditions that the troops had to persevere led to renewed hospital practices under the famous nurse, Florence Nightingale and it was technologically advanced with the use of railways and telegraphs which were key in terms of resupplying the besieging forces.

What perhaps makes it so enduring though is that it became the first conflict to be visually documented by the pioneer photographer, Roger Fenton. To this day, the images that he took during his time at The Crimea remain some of the most inciteful and descriptive conflict images that exist. His photographs publicised in conjunction with the famous Thomas Agnew, then based in Manchester were the first occasion in which the British public could see the realities of conflict from afar.

This small commemorative keepsake remains as historically fascinating today as it would have been to its original Victorian owner.

Crimean War Paperweight Cast From The Dock Gates of Sevastapol