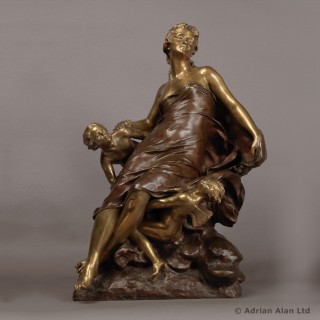 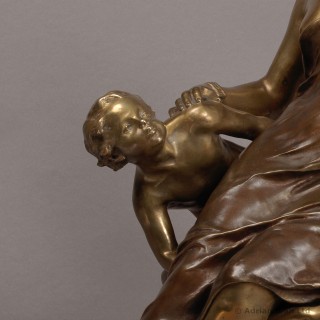 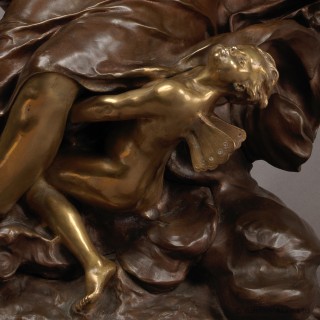 (1860-1912)
The son of an ornamental sculptor, François-Raoul Larche was a well-known Art Nouveau sculptor born in St.-André-de-Cubzac. He entered the Ecole des Beaux-Arts in Paris in 1878, studying under François Jouffroy, Eugène Delaplanche and Alexandre Falguière.

Larche was a regular exhibitor at the official salons beginning in 1884, and was awarded the Second Grand Prix in 1886 at the Prix de Rome competition. He received a gold medal at the Exposition Universelle in 1900.

Raoul Larche produced works in a number of different styles but is best known and celebrated for his highly accomplished naturalistic Art Nouveau style, influenced by famous dancers of the period such as Loie Fuller.