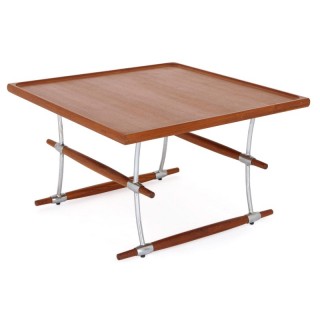 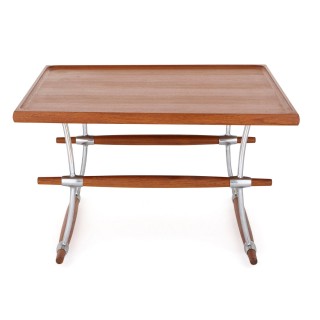 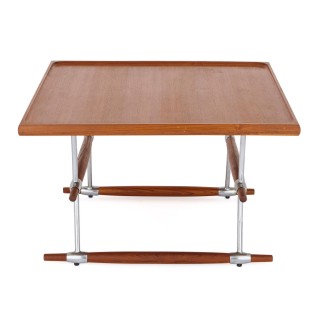 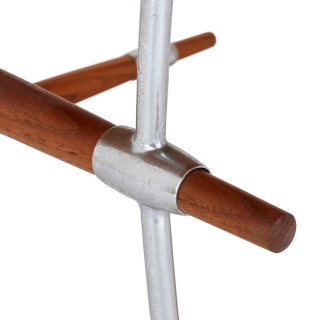 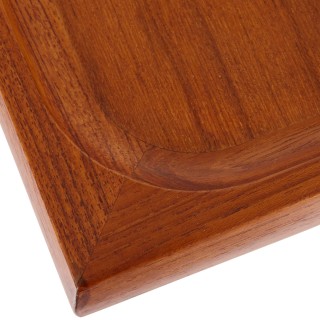 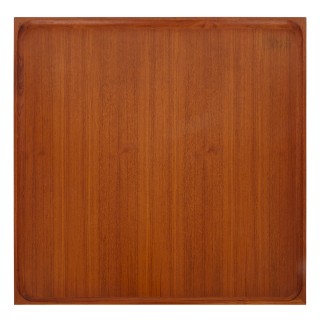 This stylish coffee table was created by the famous designer, Jens Harald Quistgaard (Danish, 1919-2008). Quistgaard was the chief designer at an American company named Dansk Designs for around 30 years from 1954. He was a pioneer of what is called the Danish, or Scandinavian, design movement, which used industrial technologies to create minimalist, functional designs. This movement drew on the German Bauhaus style, which flourished in the early 20th Century. The design for this table was brought into existence by the Denmark-based manufacturer, Richard Nissen.

The table features a rectangular teak wood top with a raised border. This is supported on four chromed metal legs, which are joined by turned teak wood spindles. The design is refined and sophisticated. A similar table by Quistgaard sold for $122,500 at Christie’s New York: Lot 164, Sale 2454 ‘Important 20th Century Decorative Art & Design’, on 16th June 2011.