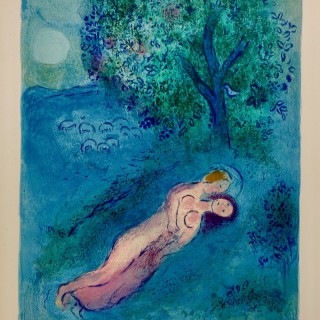 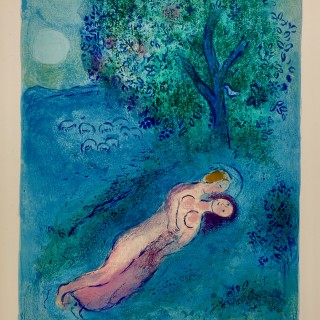 Chagall’s “Daphnis and Chloé” is one of his most accomplished works and we are pleased to offer this excellent example of “La Leçon de Philétas” in pristine condition, the colours fresh and vibrant, from the edition of 60, signed and numbered in pencil.

Private collection of a Parisian family.