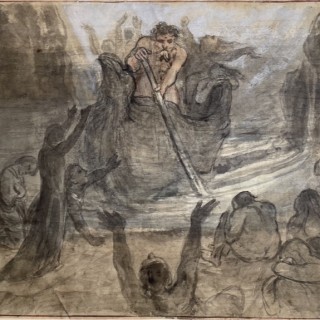 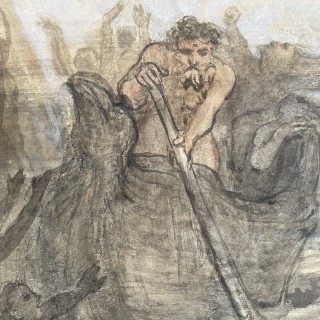 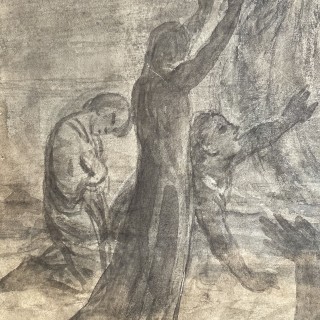 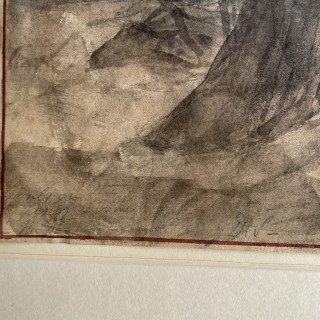 David Scott was born in Edinburgh. He studied art under his father, the engraver, Robert Scott. He exhibited his first picture oil painting, Hopes of Early Genius Dispelled by Death in 1828, becoming a regular exhibitor at the Royal Scottish Academy. In 1832 he visited Italy. He specialised in large canvases of historical or symbolist subjects, being much influence by William Blake. From the mid 1830s he became absorbed in a series of designs and illustration for Coleridge’s Ancient Mariner, Bunyan’s Pilgrim’s Progress and Nichol’s Architecture of the Heavens. He died in Edinburgh at the age of 43 and was buried in Dean Cemetery where his grave is marked by a monument designed by his brother and biographer, the artist William Bell Scott.