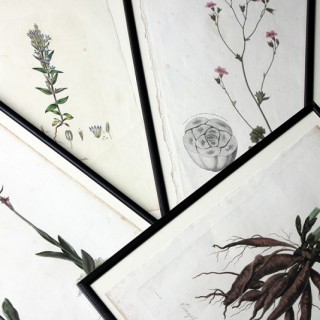 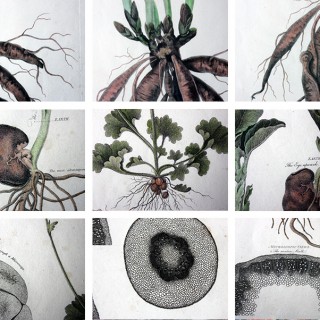 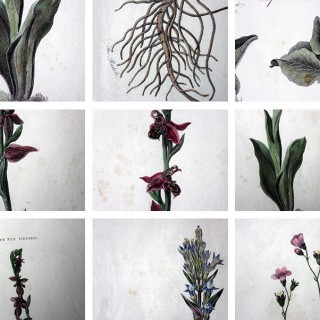 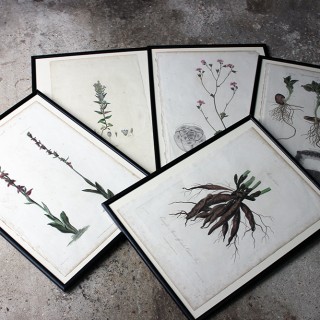 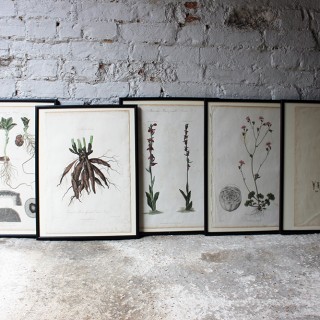 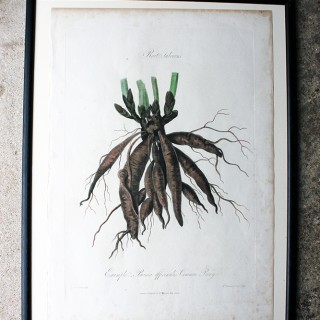 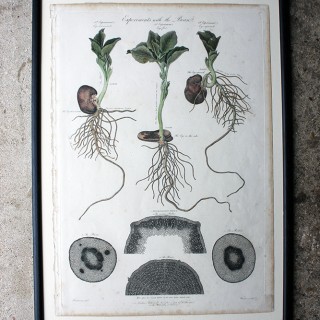 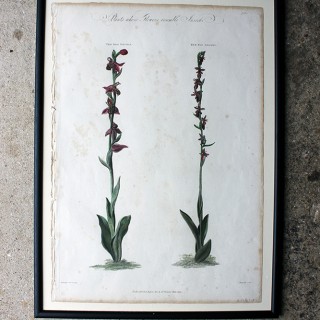 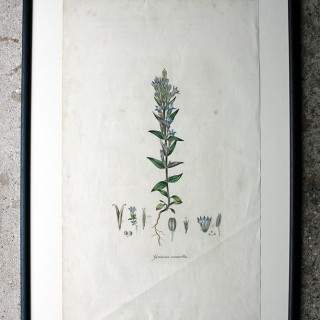 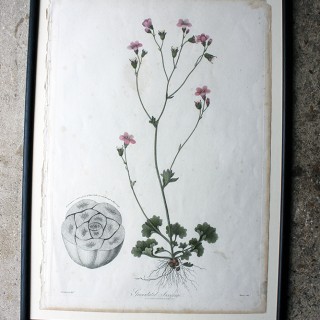 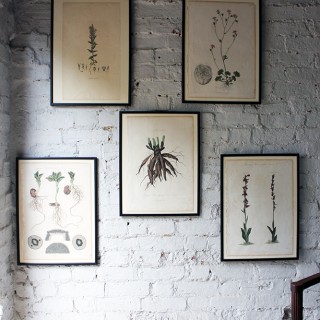 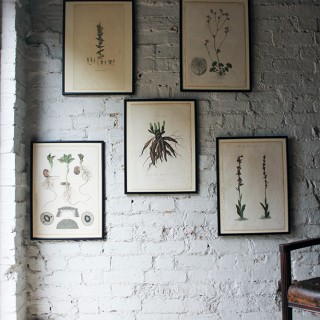 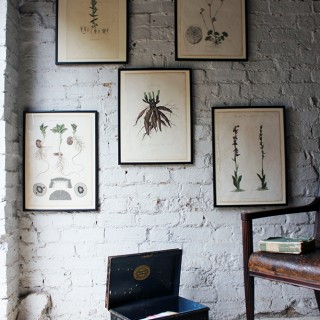 The decorative group of five framed and hand coloured folio stipple engravings with etching on wove paper, of botanical interest, each showing a named species of flora, published between 1799-1807 by Dr Thornton, London for “New Illustration of the Sexual System of Carolus Von Linnaeus and the Temple of Flora, or Garden of Nature” First Edition By Robert John Thornton also including one additional folio hand coloured print, c.1800, each framed and glazed and surviving from the first quarter of nineteenth century England.

This set departed from previous botanical works in illustrating the plants to appear oversized relative to the backgrounds, giving them an overall stately, dramatic, or even surreal appearance, and making them decidedly ahead of their time. Each illustration also had poetic narrative underpinnings, reflecting the aesthetics of English Romanticism. For example, describing the Dragon Arum print, Thornton stated that “[t]he clouds are disturbed, and every thing looks wild and somber.” Lyric poems from a variety of authors were also included throughout the text alongside the straightforward botanical descriptions. The prints of Temple of Flora are now considered the greatest achievement ever in British botanical art. The plants included range from European garden flowers such as tulips, carnations and auriculas, to exotic tropical species recently introduced to the West.

Robert John Thornton began his career as a doctor. In 1797, he opened a successful practice in London. Meanwhile, he had become deeply interested in botany under the influence of Thomas Martyn’s lectures and the writings of Linnaeus. In 1797, he also began advertising for subscribers to his planned natural history publishing venture, which eventually became known as The Temple of Flora, comprised of 30 folio botanical plates (generally issued with just 28), as well as two classical allegorical plates. It was originally published as the third section of an extensive and ambitious botanical publication titled New Illustration of the Sexual System of Linnaeus.

In good condition, and printed on early nineteenth century wove paper the engravings retain their strong, original hand colouring though there is some minor toning in parts. The frames are contemporary and are in good order.