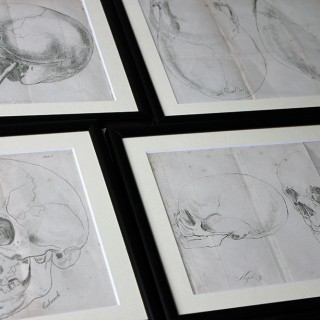 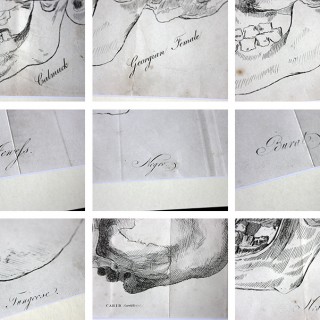 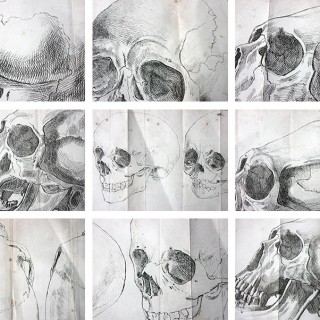 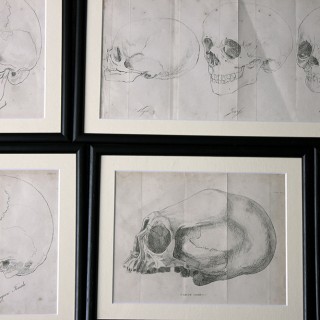 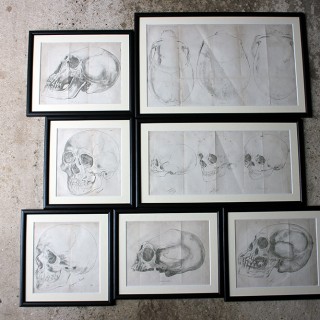 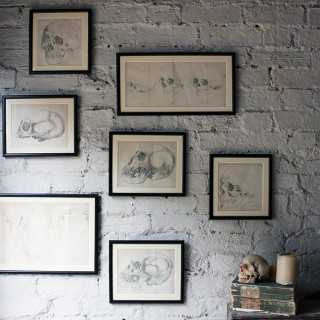 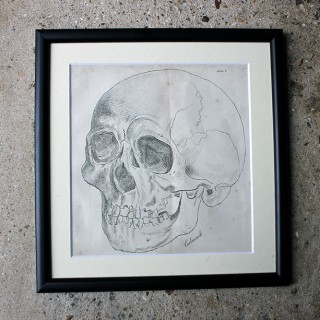 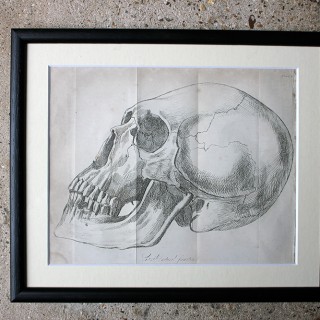 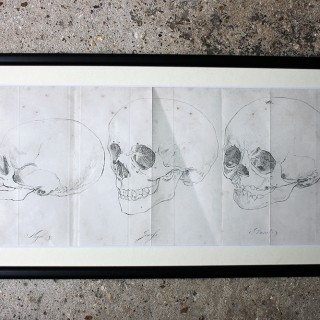 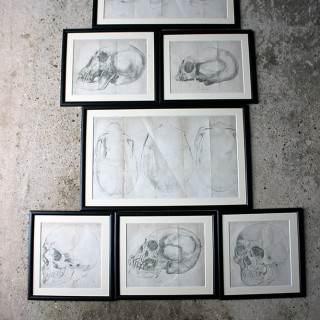 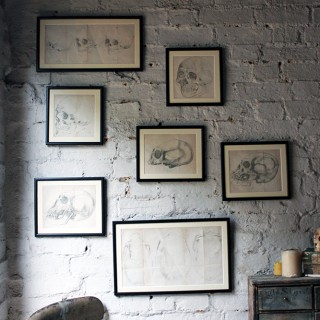 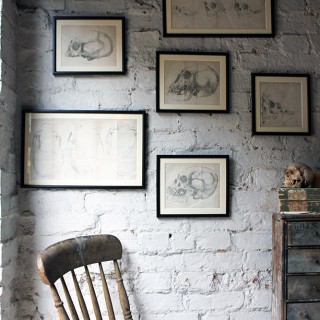 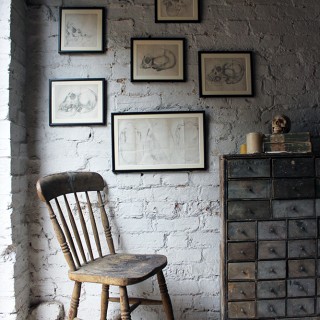 The decorative group of seven engravings, of mixed sizes, taken from the Natural History of Man, by James Cowles Prichard, (Hippolyte Bailliere, London, third edition, 1848), each framed and glazed, showing profiles of various ethnic group human skulls of the world, and each surviving from the second quarter of nineteenth century England.

The seven engravings offered are as follows:

The Natural History of Man by James Cowles Prichard comprised inquiries into the modifying influence of physical and moral agencies on the differences of the human family. During the 19th century, it was believed that negroes, for example, and other races were less developed than Europeans.

James Cowles Prichard, MD FRS (11 February 1786 – 23 December 1848) was an English physician and ethnologist with broad interests in physical anthropology and psychiatry. His influential Researches into the Physical History of Mankind touched upon the subject of evolution. He also introduced the term senile dementia. Prichard indicated Africa (indirectly) as the place of human origin; “On the whole there are many reasons which lead us to the conclusion that the primitive stock of men were probably Negroes, and I know of no argument to be set on the other side.”

A fascinating insight into the study of evolution and anthropology and a thrillingly macabre decorative medley.

The plates are in mixed overall order though overall they are well presented and in tact and the engravings with losses aren’t affected from a visual perspective. There is some expected light discoloration to the page edges in places but the diagrams and annotations remain in tact so this only serves in adding some more character. There are fold creases to each and the largest plate has losses to its edges. The frames are contemporary and effective.