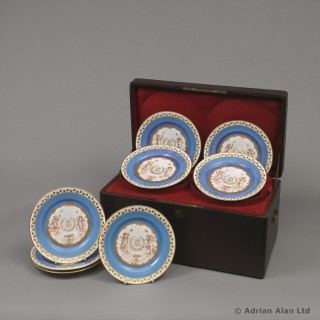 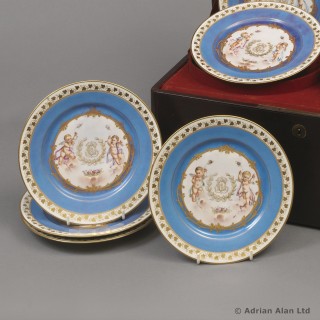 Each plate with Sèvres mark to the reverse and Château des Tuileries.

This rare set of Sèvres plates each have an azure blue ground centred by a white central reserve with gilt tooled highlights finely painted with a monogram for Louis Phillipe above a laurel garland and flanked by cherub figures.

Sèvres position at the beginning of the nineteenth century was extremely precarious. No longer a royal enterprise, and having lost much of its clientele during the revolution, its funding reflected the ruinous state of the French economy.