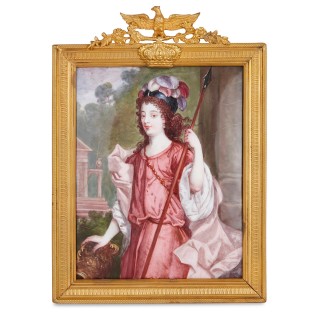 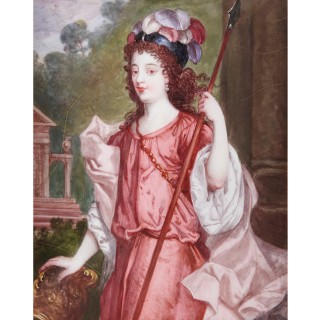 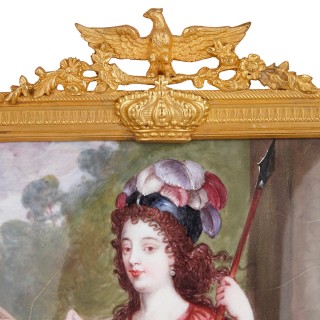 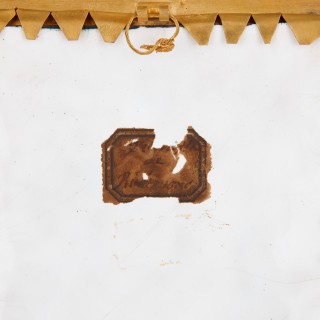 This exquisite Limoges enamel plaque is based on a painting of the Duchess of Richmond by the 17th Century French artist, Henri Gascar, who achieved fame in England during the reign of Charles II. The Duchess of Richmond, also known as Frances Stewart, is one of the most famous female characters of 17th Century England, who was known for her supreme beauty, although she is possibly best known for refusing to become a mistress of the the King, Charles II.

In this plaque, as in the painting by Gascar, the Duchess is depicted as the Greek goddess Athena (also known as Minerva in Roman mythology). She is shown dressed in pink robes standing upright holding a spear, and is sporting a an elaborate feather headdress. The female figure is shown in an outdoor setting with a classical building to the left side of the background.

The plaque is painted to a very high standard and is presented in a finely detailed gilt bronze frame. Part of a label is stuck to the back reading “Duchesse de Richmond”, translating to Duchess of Richmond.