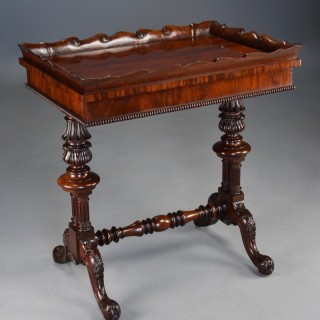 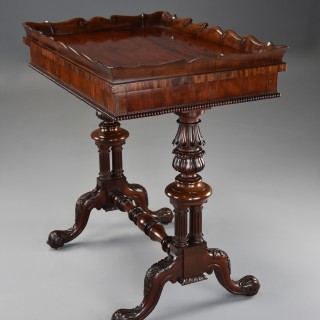 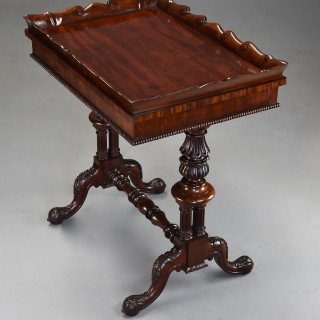 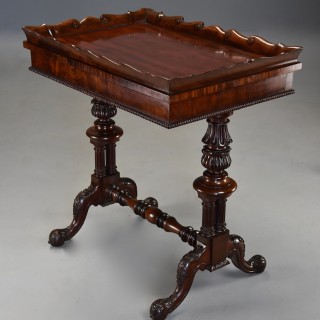 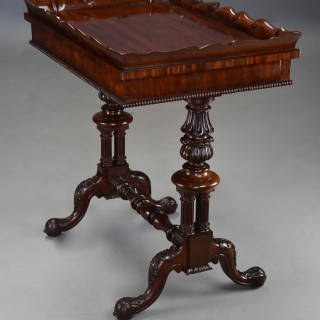 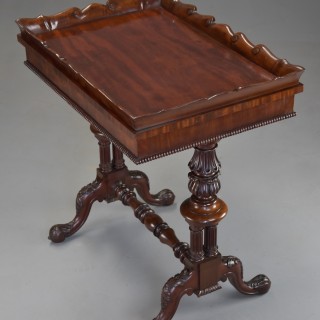 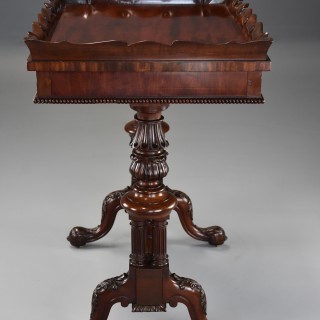 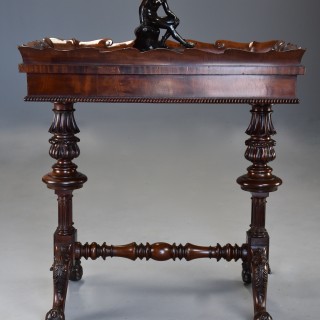 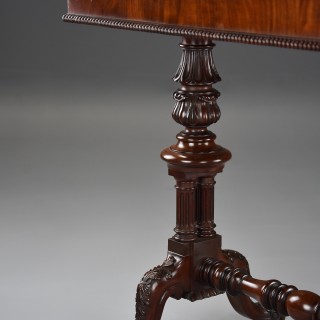 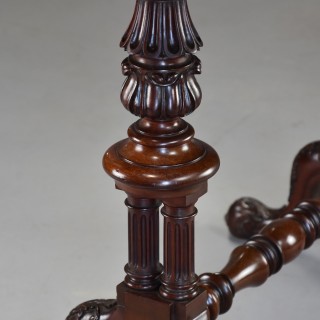 This table consists of a finely figured veneered rectangular mahogany top with outswept raised scrolling gallery, in the form of a tray.

This is supported on a crossbanded mahogany moulding with a figured mahogany frieze below with ball bead moulded edge, the frieze having two secret drawers, one at either end which are mahogany lined, also a sliding supporting frame for an optional workbox (when originally produced) but never supplied with this particular table.

The table having two turned and carved supports of exceptional quality with foliate decoration, a turned collar with two fluted columns supported on a square block below with carved gadroon moulding, the supports joined by a turned stretcher.

The cabriole legs also of superb quality with foliate decoration, foliate design to the feet and terminating on four original brass castors.

Gillow of Lancaster designed the tables in 1826 and these were produced for a London cabinetmaker ‘Ferguson & Co.’ the two partners of this company, James Ferguson and Henry Whiteside, both having worked for Gillows in Lancaster previously.

Gillow produced various tables based on this design during the early 19th century, some of these are described and illustrated in the books ‘Gillows of Lancaster and London 1730-1840’ Volumes I & II by Susan E. Stuart – pages 268, 303 and 382.

This table is in very good condition for age, is of stable construction and can go straight into a home.

Please note: the bronze figure shown has been used for photographic reasons only and is not included in the price.