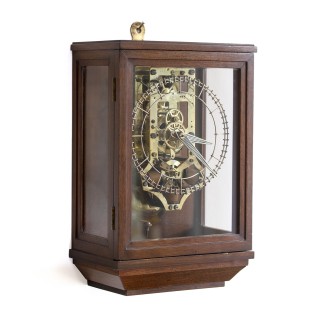 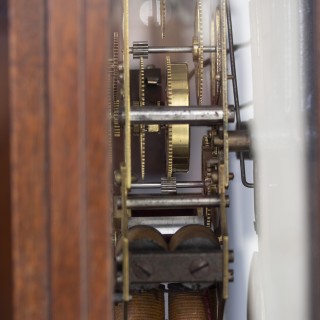 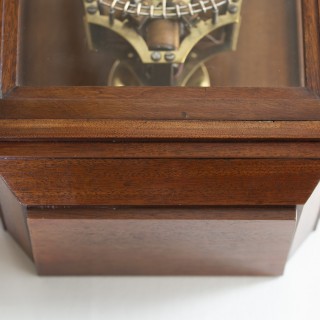 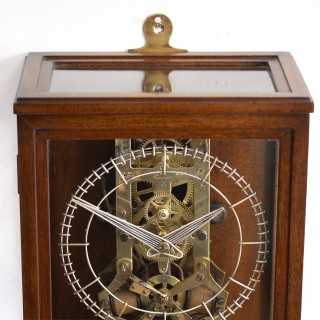 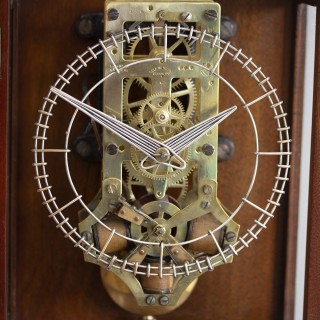 A rare early electromagnetic clock dating from the early 1900s, when electric clocks by The Self Winding Clock Co, New York graced public buildings on both sides of the Atlantic.

An illuminated four-sided clock by the SWCC is still operational above the kiosk in the Grand Central Station, New York, and they were in common use in The London Underground.

This clock has one of the earlier of their movement models, referred to as a Type C. The front plate shows that this was made by Seth Thomas.

It wind itself every hour, the winding lasts for not more than 13 seconds – see the video below.