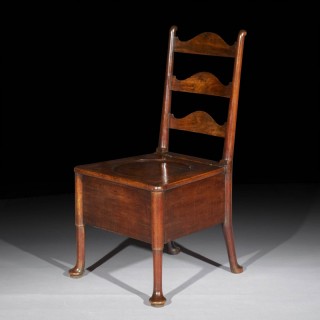 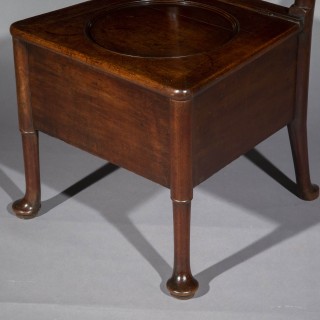 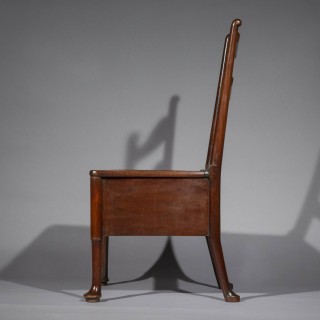 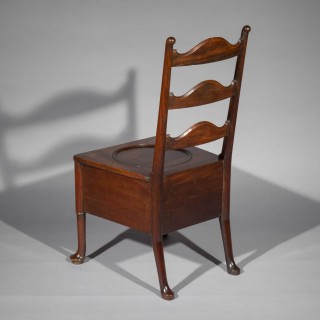 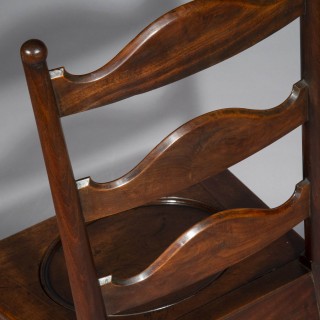 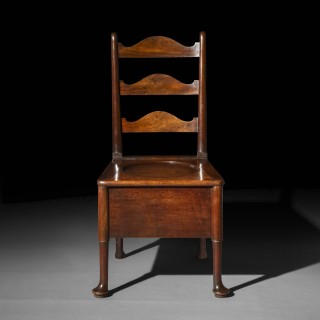 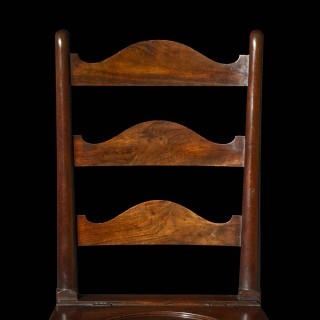 Why we like it
A very rare example of vernacular design to be so superbly crafted. We love an incredibly graphic, minimalist design of this unusual chair and of course its superb, original untouched condition. Perfect for a kitchen or a country house boot room, with a useful storage box under the hinged seat.

Design
Historically a vernacular form of chair made by local craftsmen, usually from ash or beech. During the second quarter of the 18th century, this design gained much favour was adopted by cabinetmakers who developed this raw, vernacular form, into more fashionable styles. The celebrated London cabinetmaker, Giles Grendey (1693-1780) – one of a small number of English cabinetmakers who signed their work – can be identified as the maker of several individual examples and sets of these understated ladderback chairs, including a set currently at the Geffrye Museum in London.