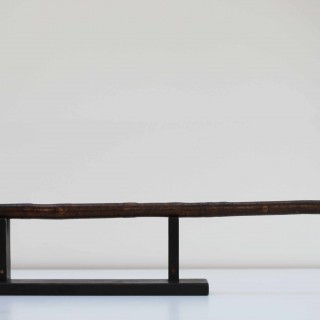 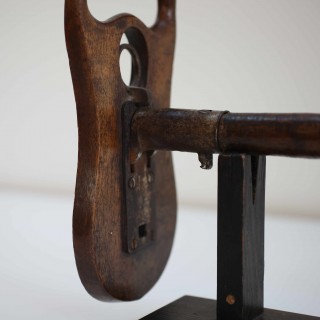 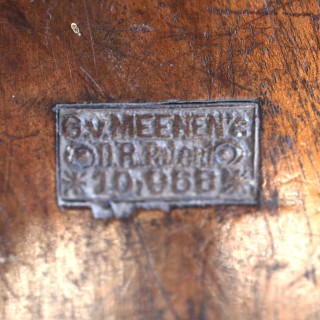 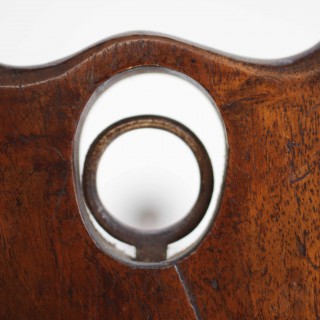 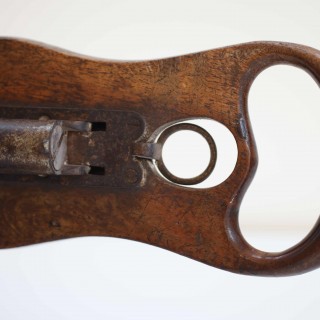 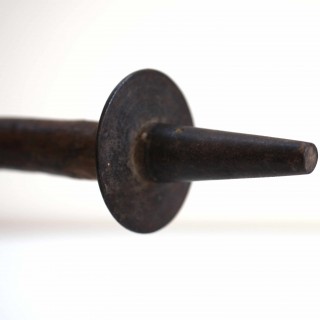 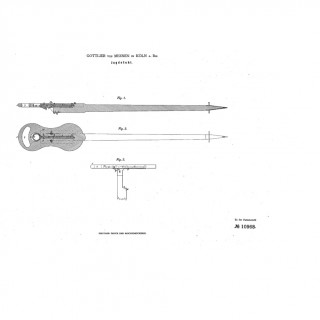 Comprised on a one piece wooden seat flap with hand grip and catch mechanism to the centre, the seat is attached by a hinge to the stick and locked into an upright position when not in use. In order to use it, the ring catch is pulled which releases the seat and allows it to pivot ninety degrees and it locks into position.

The base of the stick has a point for putting in the ground and a metal ferrule to keep it from sinking further than the required amount.

Excepting the seat arrangement, this shooting stick or “hunting seat” is similar in style to its successors but this is an extremely early example and was perhaps the template for the design that has remains in production today.

The English shooting stick manufacturer Tirion was formed by French émigré, Victor Alexis Noirit, a saddler who initially arrived in London and moved to Walsall. It is not known exactly when Noirit produced his first shooting stick but they are the first company to have lodged a UK patent for them in 1921, forty years after Van Meenen’s design was lodged with the Deutsche Reich Patent Office in Berlin.

This is perhaps one of the earliest examples of the style.

The original patent is provided below and the related figures are provided with the images.