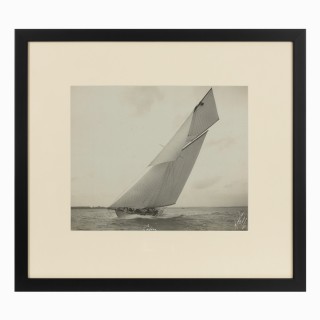 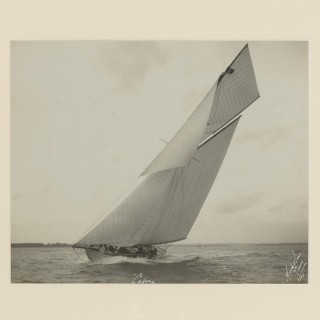 Early silver gelatin photographic print of the French Gaff Ketch Lafone on starboard tack in the Solent by Kirk and Sons of Cowes.