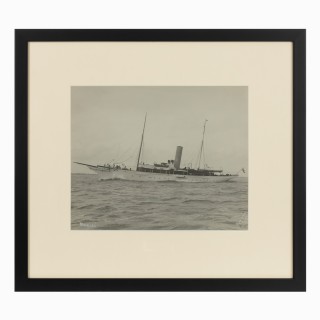 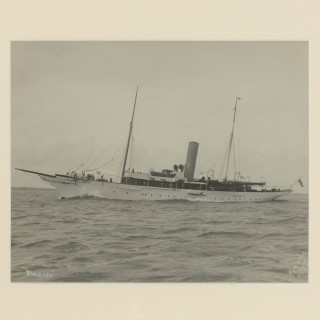 Early silver gelatin photographic print of the sailing yacht Venessa sailing in the Solent, flying the white ensign of the Royal Yacht Squadron, by Kirk and sons. Signed in white ink.